What’s new in Israeli wine? The answer to this simple question isn’t so simple.

The country’s wine industry has changed dramatically in the past 20 years. Since 2000, it has mutated from a handful of large and mid-sized wineries working primarily with a few internationally well-known grape varietals, to scores of wineries that range in size from micro-producers that make a few hundred cases of wine, to goliaths that produce more than a million cases a year, all working with an ever greater variety of grapes, and a growing number of new technologies.

Where will it go from here?

“Israelis are continuing to innovate in terms of grape varieties,” says Jerusalem Post wine writer Adam Montefiore. “We always have a lot of different grape varieties in Israel — the experimentation is continuing.”

Many of the winemakers I spoke with seemed to agree, speaking with pride about the new grape varieties they’re growing, or wish to grow.  Yehuda Nahar, winemaker and co-owner of Jezreel Valley Winery, cited wines made from argaman (a decades-old Israeli crossbreed grape) and dabuki (a native grape of Israel mainly cultivated as a table grape). Lewis Pasco, one of Israel’s leading consultant winemakers, who produces his own wine under the Pasco Project label, said he “keeps on having this dream about bringing another variety to Israel … it’s a Greek white that isn’t well known worldwide … but should be more suited to Israel than grapes coming down from France.” 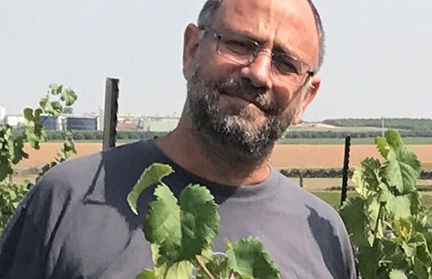 A consensus seems to be emerging that Israel’s domestic wine market is moving away from the big, powerful overripe wines that have dominated much of the industry in the past decade. Yaakov Oryah, the winemaker at Psagot and at Yaakov Oryah Wine, says that the Israeli wine industry “is going towards lighter-bodied wines and perhaps less alcoholic and less oaked.”

Oryah’s explanation for this change is the result of the “maturation of the [Israeli] consumer’s palate: When you are new to wine, a big, bold, oaky, fruit-forward wine is very impressive because it gives you the wow-effect. That was good a few years ago, but today the consumers drink more; and they drink not just for Kiddush, but for enjoyment. Eventually a palate gets tired from all the heavy wines. … As a winemaker my goal is not to make a wine where people say ‘wow,’ but to make a wine where they want to have a second glass.” 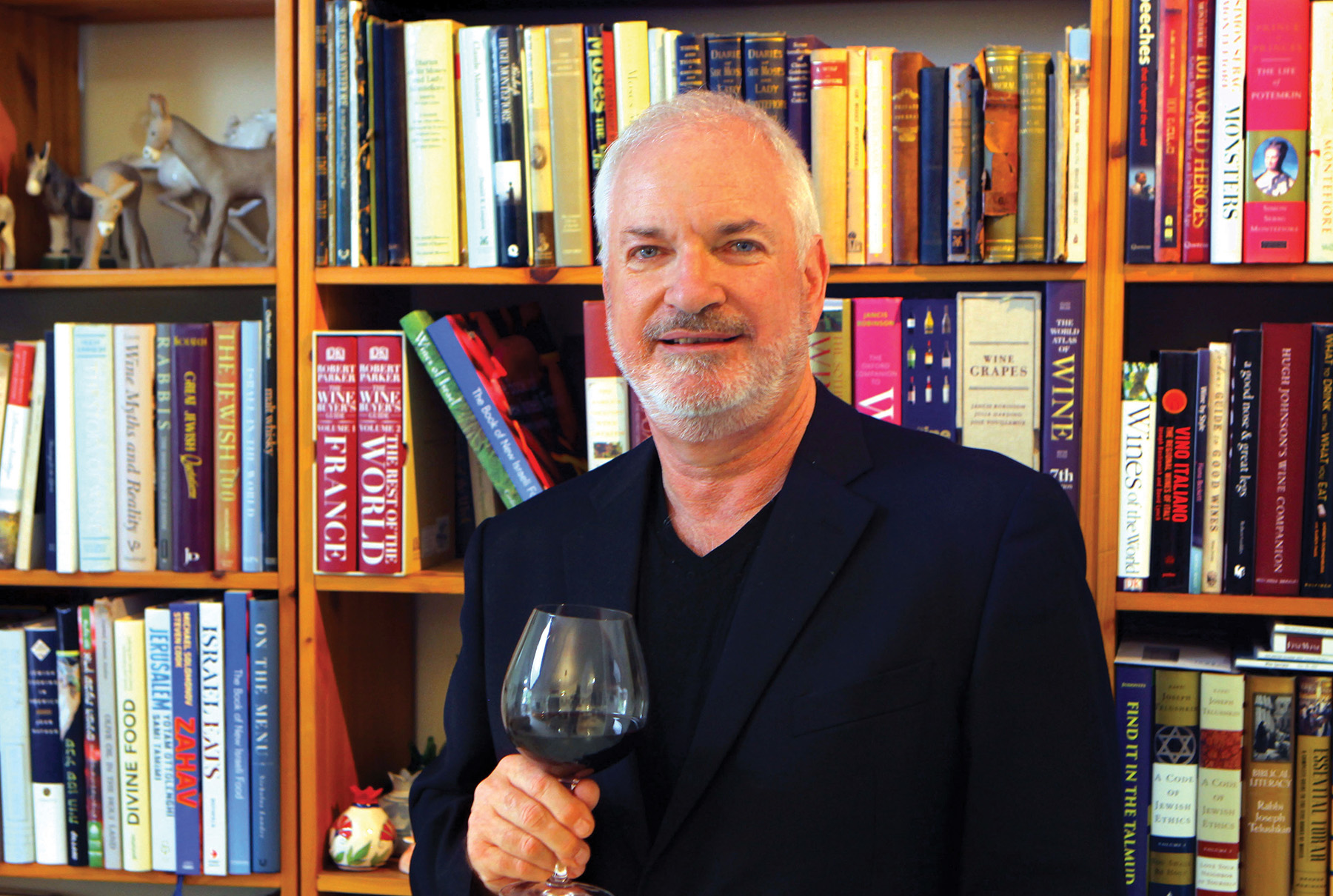 Nahar believes that this trend towards lighter wines is not merely about changing tastes, but about finding an identity: “In the Israeli wine industry we are all more and more understanding that we … need to find the answer to ‘what is Israeli wine?’ We need to be more precise in defining what is a wine with an Israeli identity.” For Nahar, part of that definition is “making a wine that pairs well with Israeli food.”

Montefiore identified another trend — “a broad move towards Mediterranean-style blends … and away from cabernet sauvignon blends.”

When we spoke, the first wine Oryah wanted to tell me about was Psagot’s Mediterranean blend, Peak: “I took our syrah and our petit sirah and mourvèdre from outside [the winery’s vineyards], and I made a wine that is tight, rather complex and spicy, and has a different personality” from Psagot’s Bordeaux-style blend.

The winemaker who most fully embraced the Mediterranean trend was Nahar of Jezreel Valley, where the winery grows almost exclusively Mediterranean varietals such as carignan, argaman and syrah. Nahar says that unlike Bordeaux varietals, “they behave well in this hot climate.“He sees moving towards Mediterranean varietals as a solution to the problem of Israeli wine being too big and too alcoholic. “Making ‘French wine’ in Israel is kind of weird.” 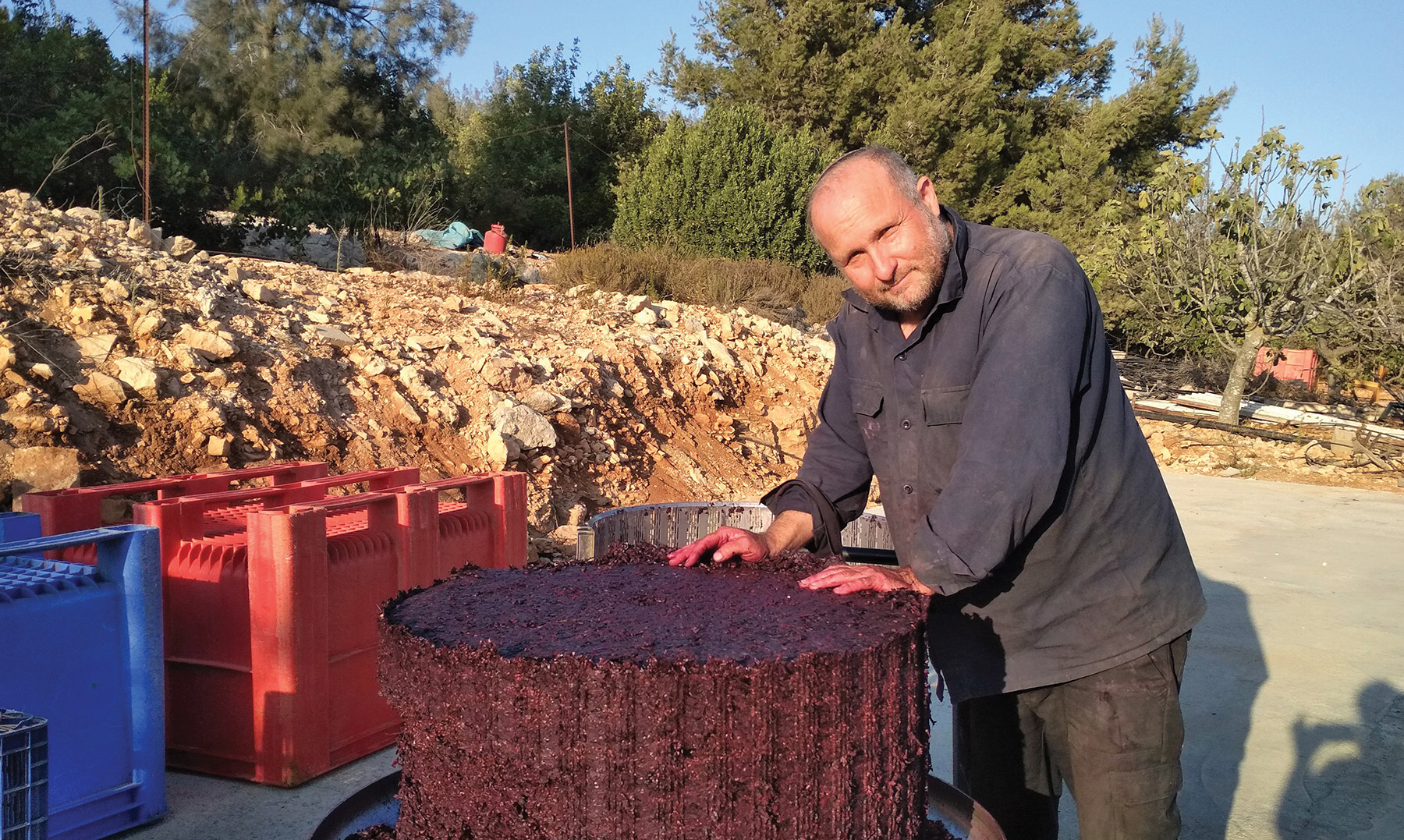 About the local market in Israel, Hillel Manne, of Beit El Winery, jokes, “When someone asks me what grapes to plant, I tell them ‘plant whatever grape you want, so long as its cabernet sauvignon.”

A side effect of introducing all these new grape varieties to Israel’s vineyards has been the rapid spread of the leafroll virus, which adversely affects the vine stock in a significant number of Israel’s vineyards. Leading the fight against this virus is Victor Schoenfeld, Golan Heights Winery’s head winemaker. In 2009 the winery worked with Entav (L’Etablissement National Technique pour l’Amélioration de la Viticulture), a French government program providing safe, certified vines for wineries to establish a new nursery and propagation hothouse, both certified by Entav to provide safe, virus-free vines for cultivation.

“Unfortunately, our nursery is the only place where you can buy plant material that is free from disease,” explains Schoenfeld. “Last year the Israel Wine Grape Board came to us and asked us to expand that project. The plan now is to be able to produce 375 acres a year of young vines. We figure we will use maybe a quarter of it ourselves, and be able to sell the rest to other producers. … Even before we expanded in 2018, we had already spent $1 million on this program.”

Fighting the leafroll virus seems to have slowed adoption of new grape varieties in Israel, but it has not slowed the rate of innovation in Israeli wine.

Many Israeli wineries are adopting new techniques to hone their craft, some high-tech — such as at the Golan Heights Winery, where they use satellite imagery of the vineyards to analyze chlorophyll levels in the vines — and some low-tech, such as the Beit El Winery, where winemaker Hillel Manne is always on the lookout “for a particular kind of beetle that research shows spreads the leafroll virus.” 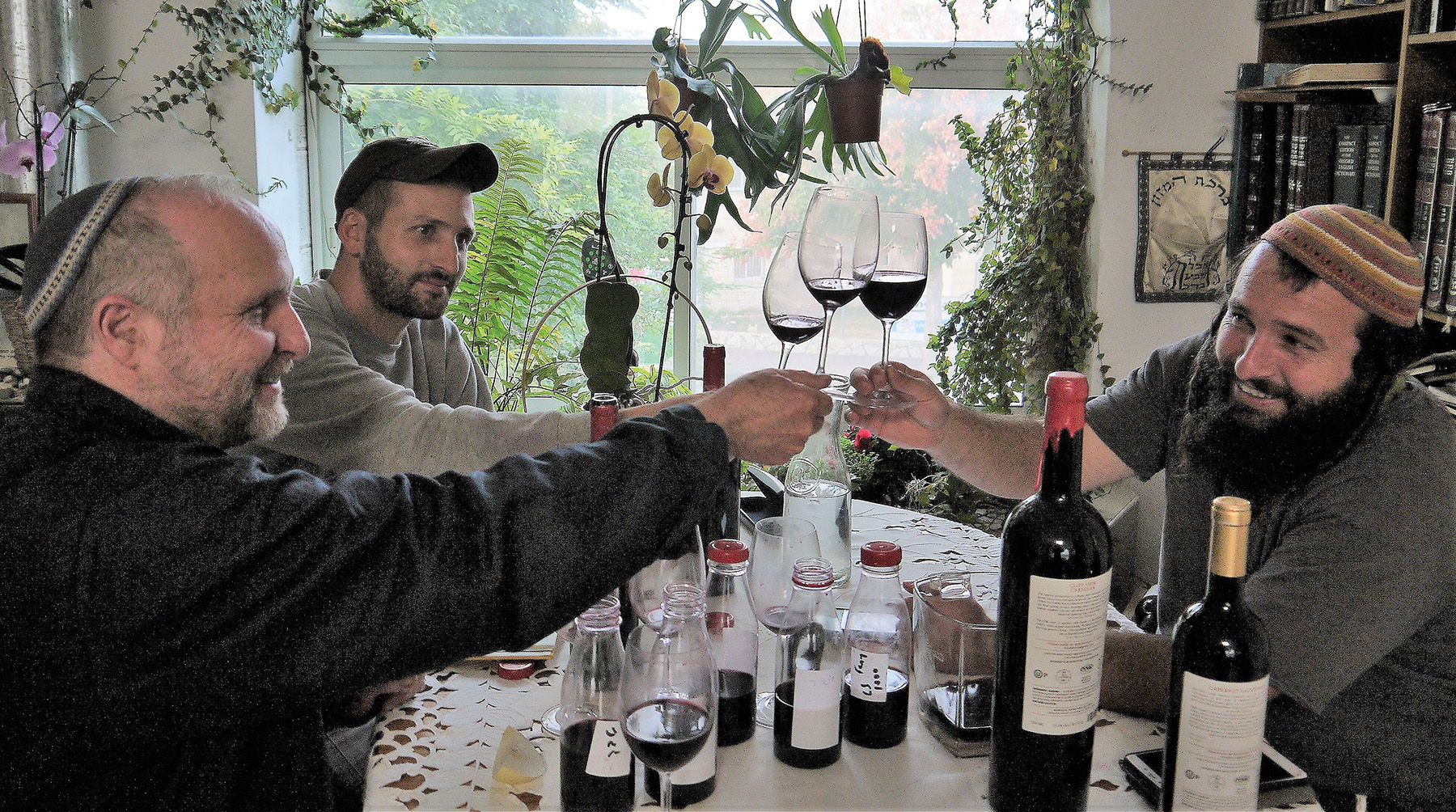 One widely noted trend is the greater emphasis on improving the quality of Israel’s white wines. “There is a real revolution in the quality of Israeli white wines,” says Montefiore, noting that Israeli whites are becoming “more elegant … minerally and have more middle palate.” Pasco agrees, noting that it is “remarkable that you can produce such whites at Israel’s latitude.”

Oryah explains that the new emphasis on white wine is related to its new status as an everyday beverage in Israel. “Our climate and our kitchen is more suitable for white wine … our diet is fish and pasta and pizza and poultry,” says Oryah. “All of those foods go better with white wine and rosé than with heavy red wine.”

As for the future of Israeli wine, there seemed to be some consensus.

First, at least as far as Israel’s domestic wine market is concerned, international French varietals will continue to dominate. “The local market here in Israel will stay with traditional grapes — cabernet, chardonnay and sauvignon blanc will always rule the market,” says Nahar. Manne jokingly notes that “when someone asks me what grape to plant, I tell them ‘plant whatever grape you want, so long as it is cabernet sauvignon.’”

However, when it comes to exports, “my gut feeling,” says Nahar, “is that if you look at the kosher market [in the U.S.], with so many great kosher wines coming from Europe, if you can buy a great cabernet from Bordeaux, what are you going to want to buy from Israel? A unique Mediterranean wine … a wine that speaks Hebrew.”