With inauguration of huge factory expansion, ‘Our dream is to see Bamba in every supermarket in the US and Europe,’ says Osem Group CEO.

Consumer surveys show that Bamba already is found in virtually every Israeli home. And it has been sold for years in kosher markets and specialty shops abroad through Osem USA and Osem UK.

Now the snack is sold at Walmart in the United States, announced Osem Group CEO Avi Ben-Assayag at the grand opening of the third Bamba production facility – a $55 million, 16,000-square-meter factory in Kiryat Gat. 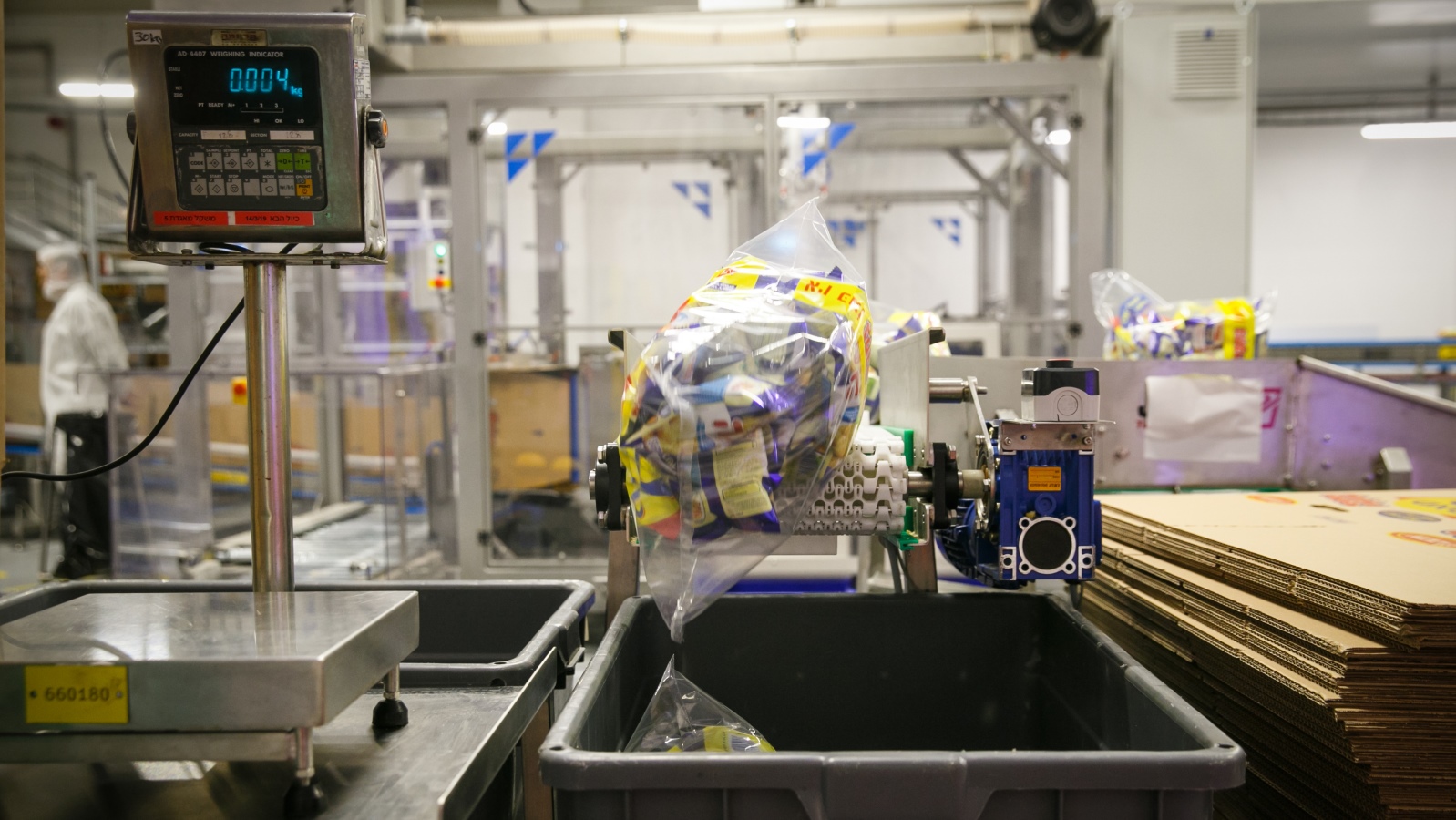 Bamba on the assembly line at the new factory in Kiryat Gat, February 2019. Photo by FLASH90 (via ISRAEL21c)

“Thanks to the factory we are inaugurating today, we will be able to double production capacity and provide for demand in Israel and the increasing demand for Bamba in the US,” Ben-Assayag said.

Additional US and European retail chains will stock Bamba in the coming months, he added.

“When we invented Bamba 55 years ago, we never thought it would become the best-selling snack in Israel or that it would attract such interest abroad as well,” said Osem Group Chairman Dan Propper.

Actually, Bamba was first produced in 1964 with a cheese flavor but within two years the cheese was replaced with peanut butter – the winning flavor that has made Bamba part of Israeli culture.

Display of Bamba varieties at the new Osem factory in Kiryat Gat, February 2019. Photo by FLASH90 (via ISRAEL21c)

Meir Imber, vice president of operations for the Nestlé-owned Osem Group, said the new factory was built to high environmental standards based on natural gas and zero waste. In addition, he said, by 2025 all product packaging will be from recyclable materials.

“Our dream is for every US supermarket to offer Bamba,” Ben Assayag said.

Next time you’re in Israel, visit the House of Bamba Visitor Center in Holon. A new visitors’ center will open next door to the new Kiryat Gat facility later this year.