13 Of The Best Vegan Restaurants In Israel

Dairy-free delights at Café Anastasia, Tel Aviv. Photo by Or Kaplan (via ISRAEL21c)

An insider’s guide to the most delicious purveyors of plant-based cuisine in the country where there are more vegans per capita than anywhere else.

Sure, by now you’ve probably heard that Tel Aviv is the #1 spot for vegan dining in the world. There are even vegan dining tours that take you around to all the coveted spots for milk-free gelato or plant-based Mexican food, like this one.

But while the White City does boast the most vegan restaurants per capita in the world, the trend is also on the rise throughout other cities and towns in Israel as well.

We’ve got the lowdown on the best places to get all the freshest plant-based eats, from those pushing the culinary limits to show that vegan is not as limited as it may seem (vegan charcuterie, anyone?), to those with their roots in health food, and those who have taken vegan up a few notches to the level of fine dining. 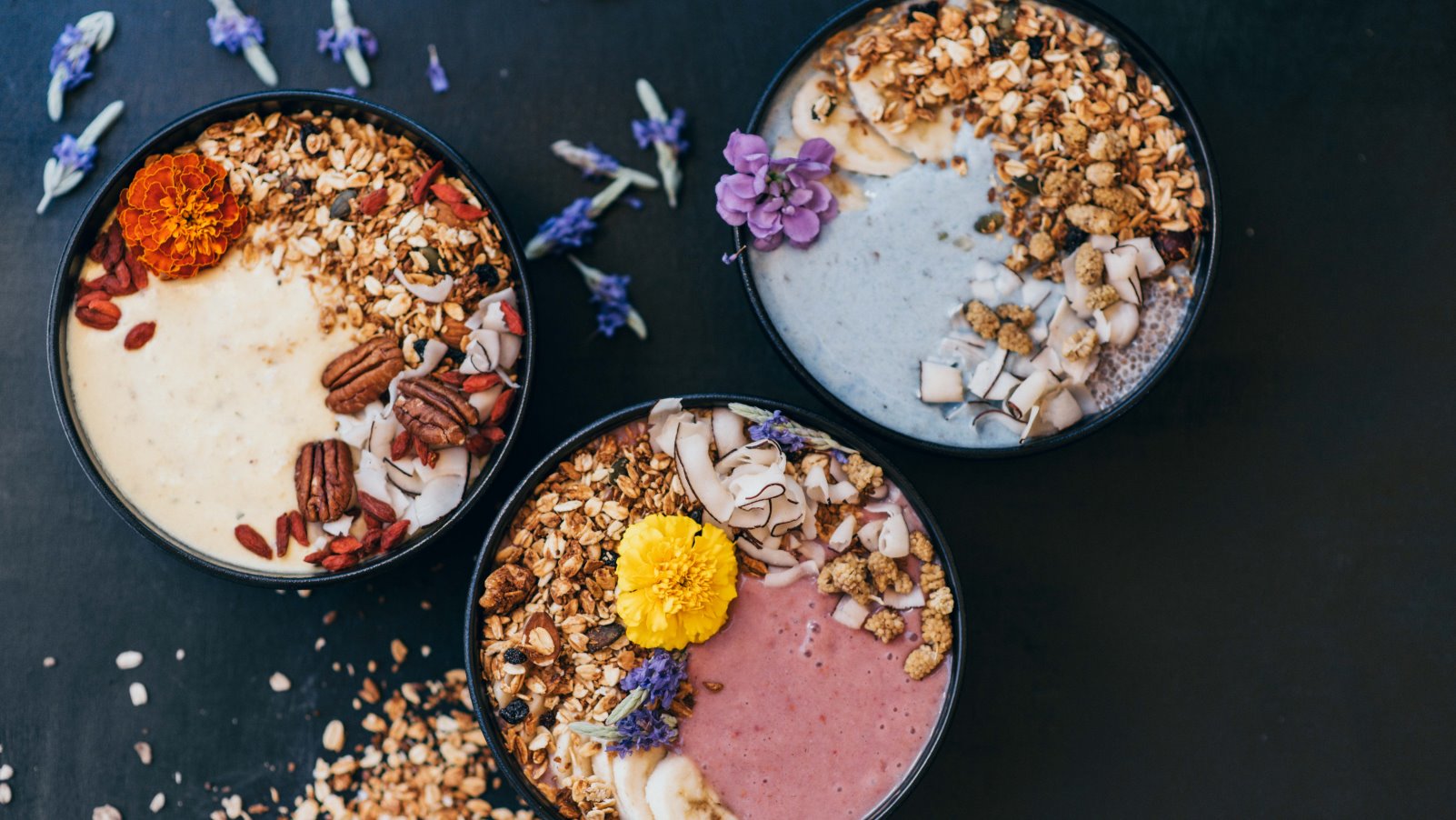 Cuisine at Café Anastasia, Tel Aviv. Photo by Or Kaplan (via ISRAEL21c)

Exemplifying the essence of the Tel Aviv lifestyle, Israel’s first and arguably most successful vegan café is known for an impeccably fresh and flavorful menu packed with superfoods, gluten-free and raw food options, but also decadent dishes such as molten chocolate cake and creamy Jerusalem artichoke pappardelle, to name two.

Serving organic fair-trade coffee, with a selection of four plant-based milks (including almond milk made fresh daily on site), and selling the high end vegan products that line the walls, this ultra-popular gem on the corner of Frishman and Dizengoff is a sure bet when looking for a vegan meal with a flavorful punch while out and about in the big city. 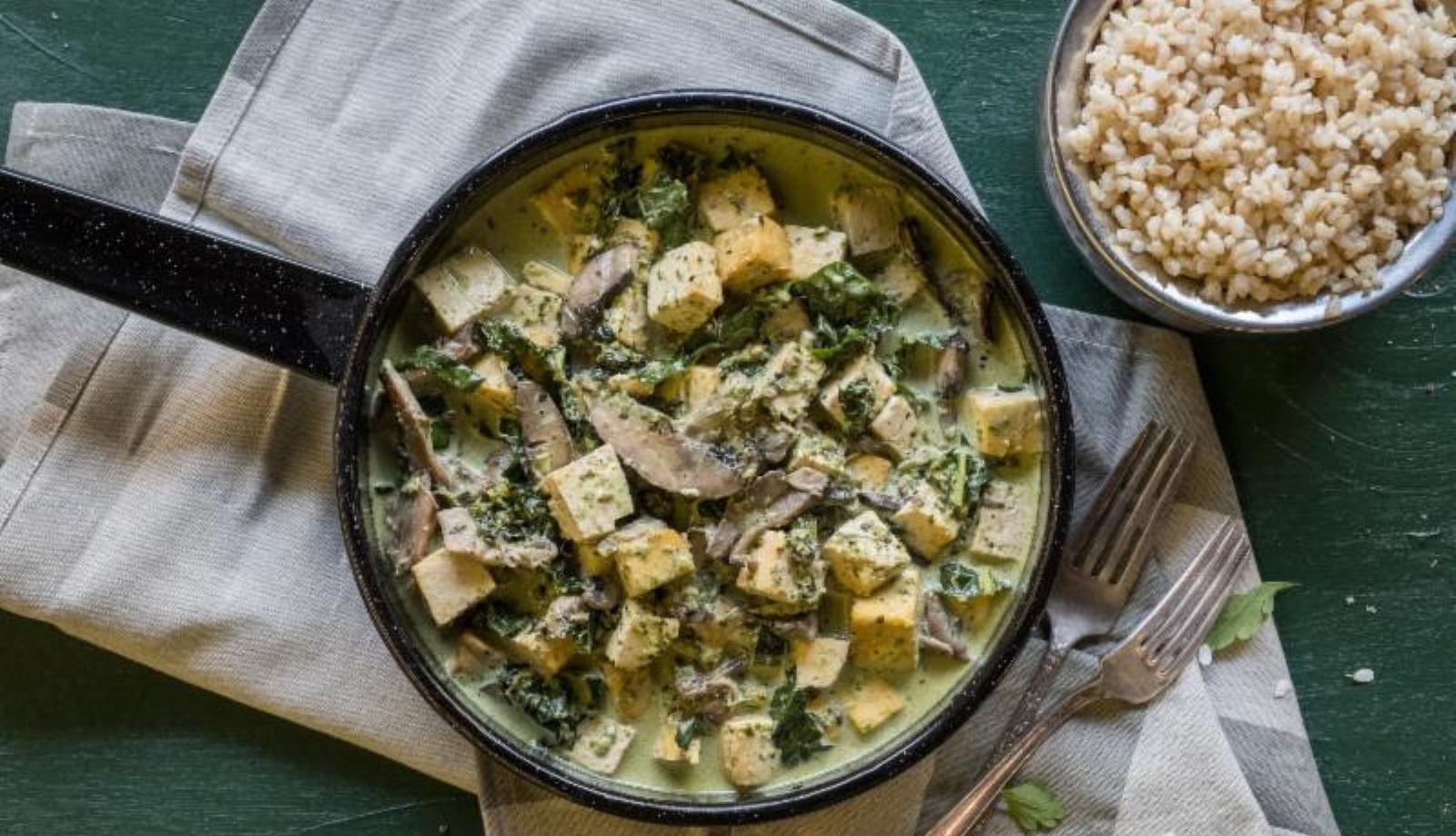 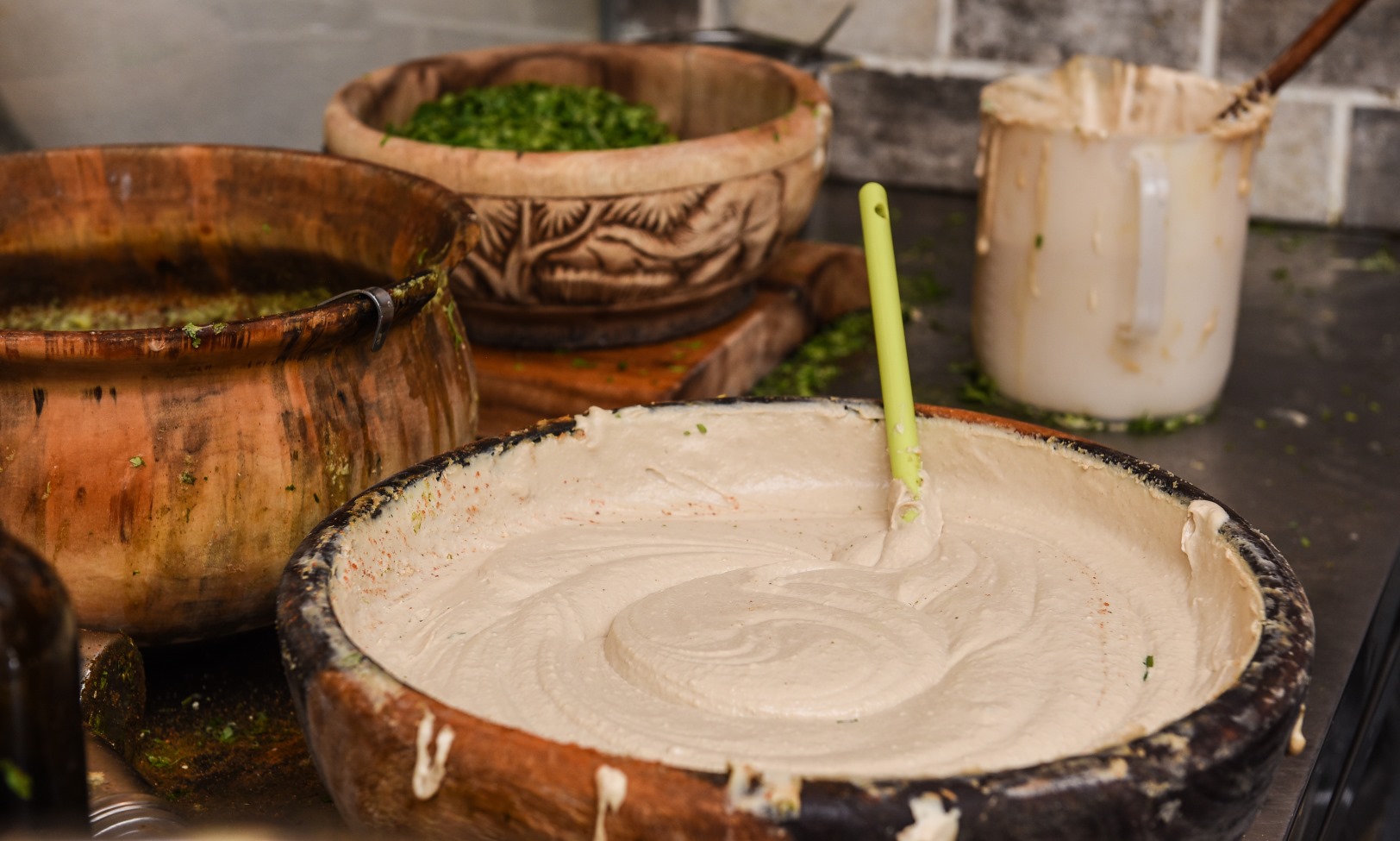 Uzi Hummus-Ful in Netanya is considered one of the best hummus joints in the Sharon region. Photo courtesy of Kolega PR (via ISRAEL21c)

Considered the best hummus joint in the Sharon area by many a loyal (and hungry) fan, Uzi Hummus-Ful in the beachside city of Netanya is a humble reminder that a restaurant can be vegan if only by chance (all you have to do here is forego the hardboiled egg element of the hummus experience).

Showcasing the core elements that make Israeli cuisine ideal for the vegan lifestyle – chickpeas, tahini, slow-cooked mashed broad beans, fresh herbs and vegetables, and condiments such as garlicky lemon sauce and ultra-spicy green Yemenite hot sauce (schug) — this famous eatery has taken extra care, since it opened its doors back in 1988, to serve only the freshest hummus, boldly spiced and infused with both Yemenite and Iraqi flavor profiles.

A boutique vegan bistro with a vintage feel and a cult-like following, Zakaim is famous for the Persian-Israeli style food of its chef, Harel Zakaim.

With a menu that changes with the seasons, at any given moment you can probably still find homemade vegan ricotta dish made with olive oil, zaatar, olives, tomato and chili; or hand torn French fries served in a paper bag next to scrumptious house made condiments. 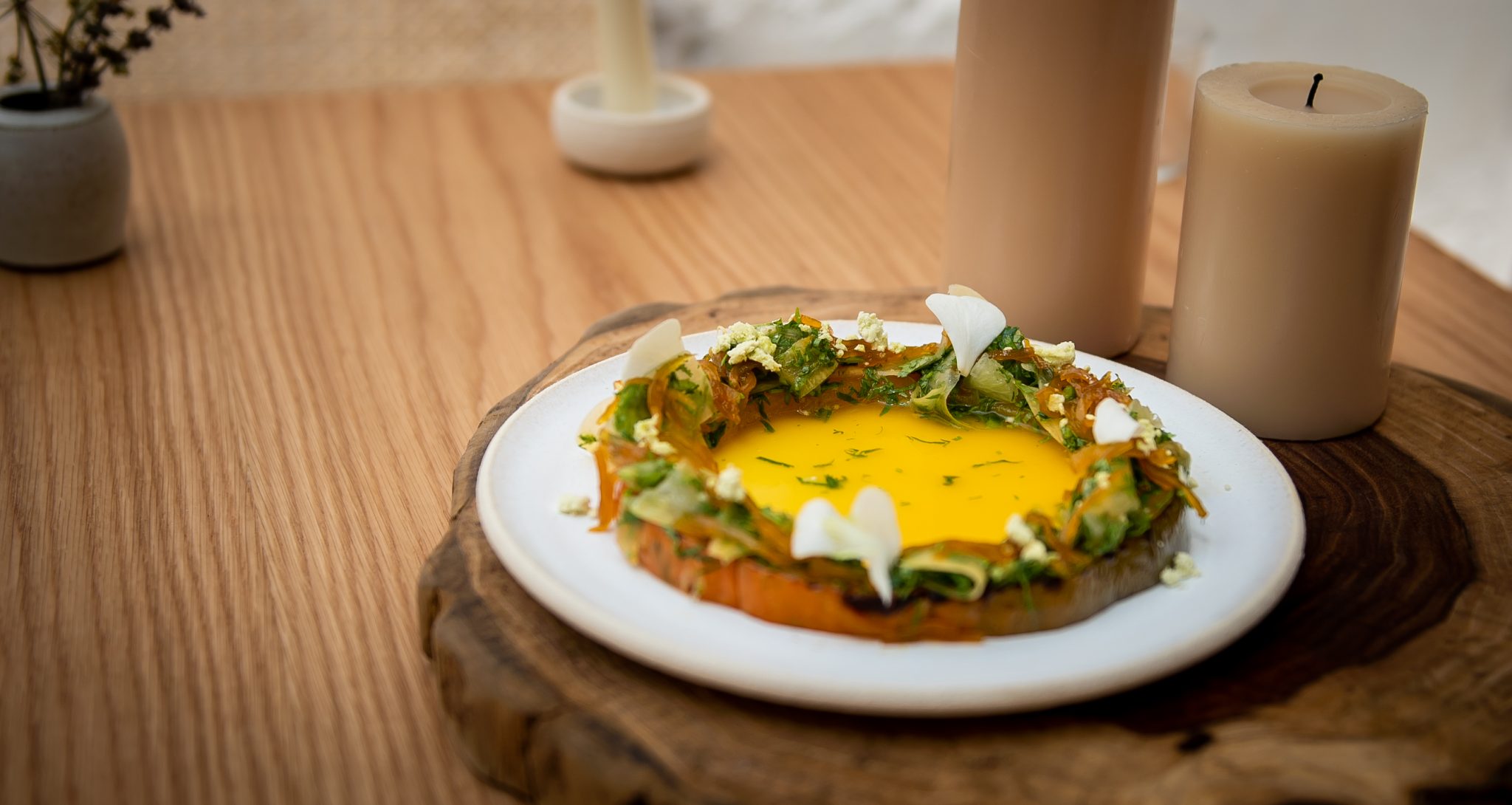 Opened just last fall in colorful Levinsky Market in South Tel Aviv, OPA is the highly curated work of vegan chef extraordinaire Shirel Berger. The menu has just five to seven dishes on any given day, which can be paired with a collection of 15 organic and biodynamic wines.

Working exclusively with produce from a farm 40 minutes north of the busy city, Berger creates understated Mediterranean-style dishes such as squash with maple-smoked pumpkin relish, jalapeño and lemon; and guava with macadamia milk, sourdough crumbs and betel leaves.

These and other treats created from within the restaurant’s open kitchen are just part of what makes OPA a must-try Tel Aviv dining experience, even for non-vegans. 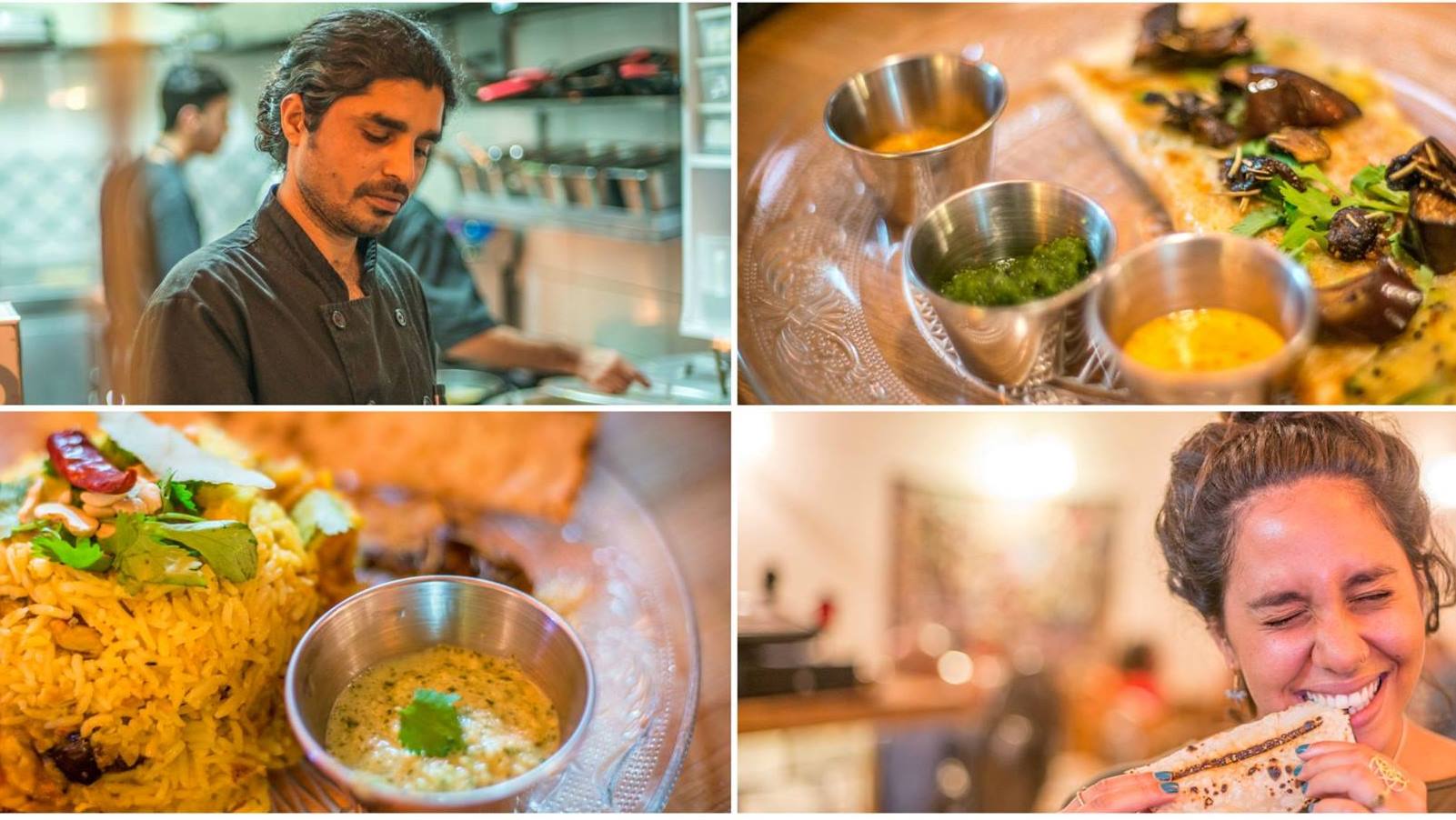 A vegan/vegetarian sit-down Indian street-food restaurant in the most unlikely of places — the small northern Israeli town of Kiryat Shmona along the Lebanese border — Thali Indian Cuisine is a true destination for anyone looking for authentic Indian cuisine, as well as a healthy eating haven, in Israel’s Upper Galilee. 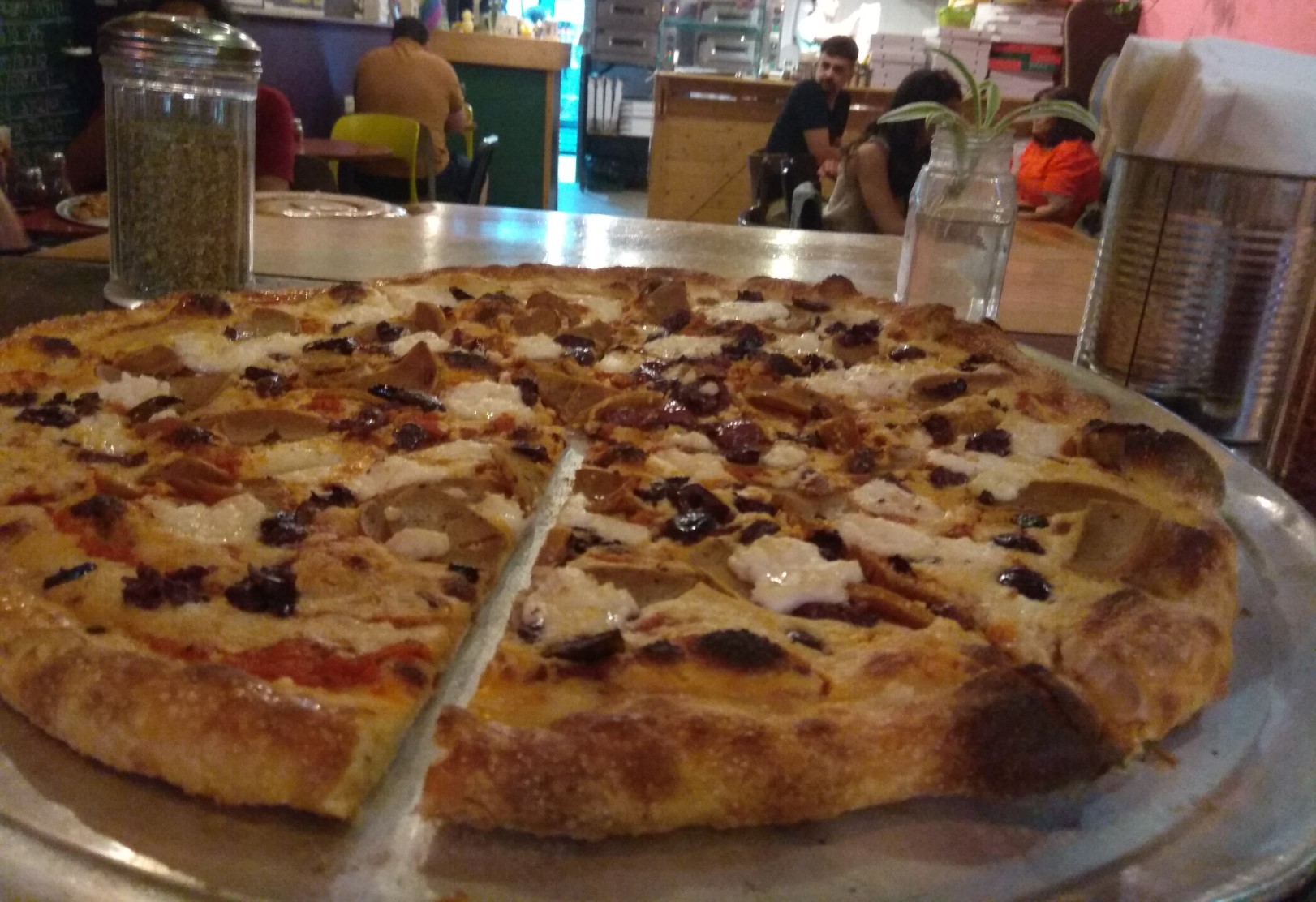 A vegan pizzeria in the heart of Tel Aviv, The Green Cat specializes in thin-crust pizzas made with only the freshest high-quality ingredients, including handmade slow-rise dough for the crust, vegan pepperoni, mild and nutty vegan cashew cheese, and handmade soy mozzarella that graces every pie.

A valiant effort from two partners who also helped bring forth the city’s first vegan shawarma joint, which sells shawarma comprised of slow-roasted forest mushrooms), along with Chef Harel Zakaim of Zakaim restaurant and Rainbow, a vegan hamburger restaurant, The Green Cat is a force helping to diversify the Tel Aviv vegan dining scene, one pizza at a time. 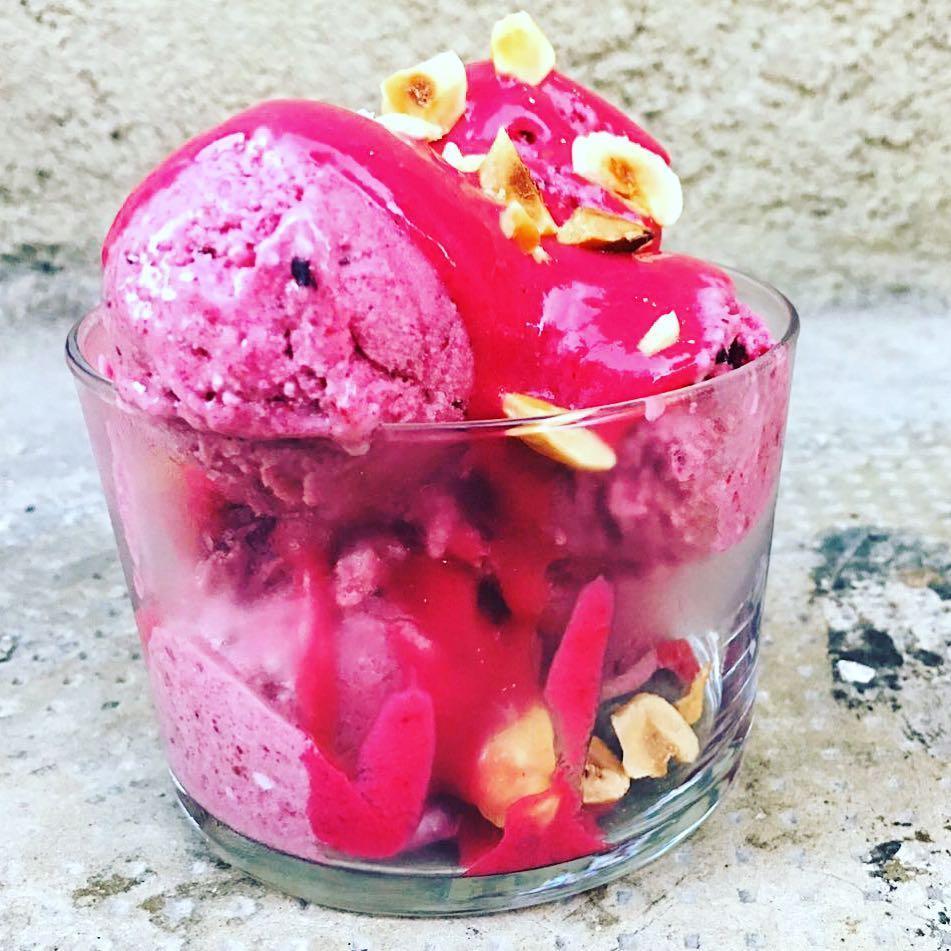 A brilliantly colored dessert at Bana in Tel Aviv. Photo by Dan Arvatz (via ISRAEL21c)

Creating dishes using only clean-eating friendly and healthy foods, chefs Dan Arvatz and Chanoch Shechter have been serving their ever-changing menu of plant-based foods since 2017, to customers looking for a more elevated vegan dining experience in Tel Aviv.

Not playing by anyone’s rules, the duo sells customers their in-house vegan and gluten-free breads, crackers and spreads, and serves dishes such as acorn squash with coconut and black-pepper cream over raw cauliflower tabbouleh; and burned beets with persimmon in orange juice syrup and cashew cream.

A hummus bar and so much more, this small casual vegan restaurant run by Chef Asi Delek is a Haifa original. Named after one of the most iconic Arab singers ever, Um Kultum is making its own legacy, committing to serving food that is preservative free, and without any artificial colors or flavors.

Here you can taste vegan versions of both knafeh and malabi, and other Middle Eastern-style dishes such as whole roasted cauliflower, toasted almond and tomato garnished with babaganoush, and vegan pizza antipasti. 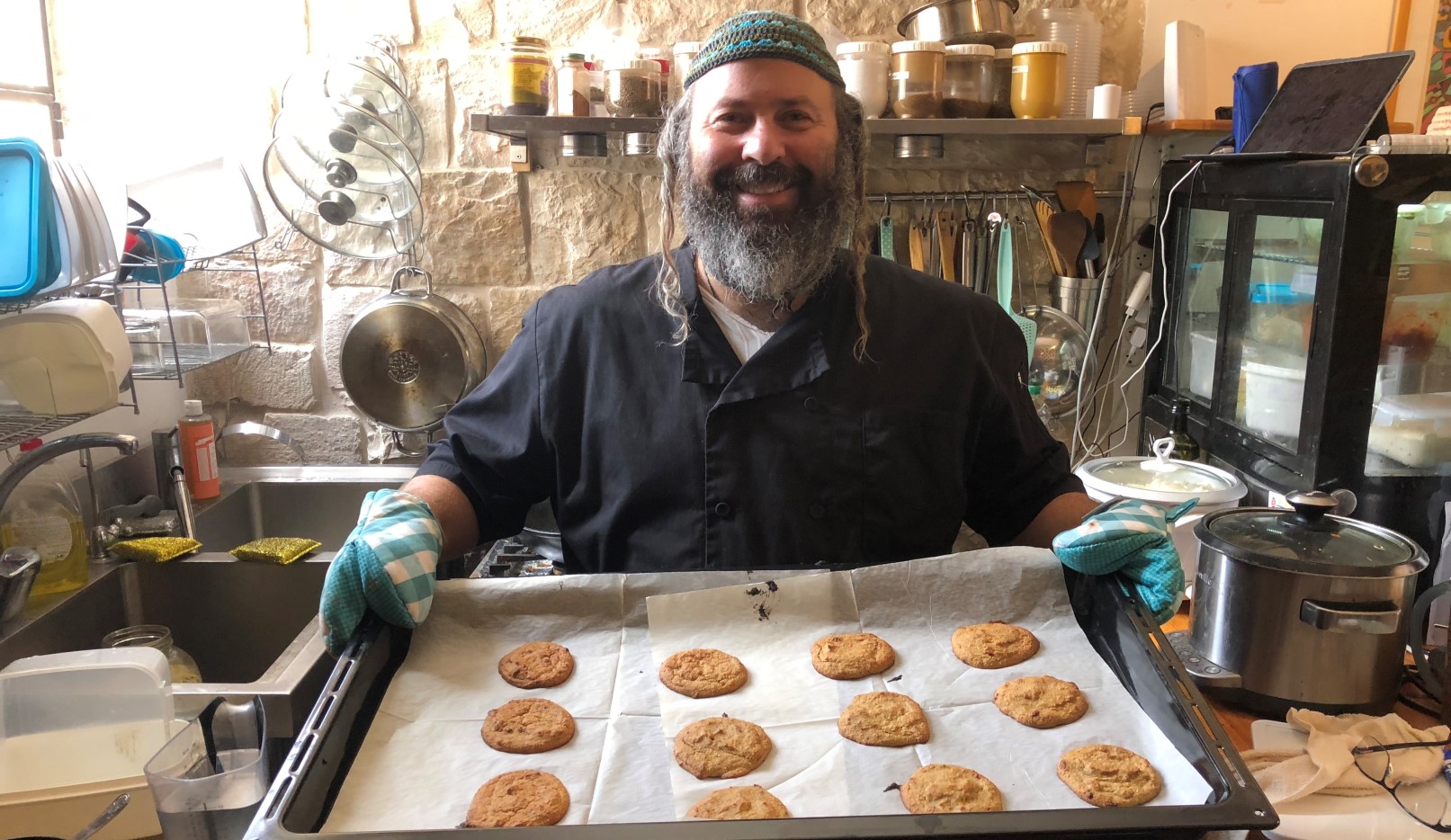 Cookies fresh from the oven at Safed’s Elements Café. Photo: courtesy (via ISRAEL21c)

A vegan and vegetarian destination in the Old City of Safed, Elements Café is known for the hard work they put into their mostly gluten-free, vegetarian and plant-based menu.

Opened by American-Israeli Zev Padway and family as a place where patrons could come to eat a healthy wholesome meal made with home-grown sprouts and probiotics, fresh produce and legumes, the café has since developed a distinct following, attracting visitors from all over the world.

Menu items include slow-cooked hummus made from sprouted organic chickpeas; spicy Indian dahl soup; and “Date Snickers” — Medjoul dates filled with peanut butter and walnuts, and covered in homemade chocolate. It’s a great break from the heavy homestyle food joints that can be found in this spiritual city.

A welcome surprise for vegans visiting the world’s largest natural crater, and one of the most popular hiking areas in Israel’s South, Vegan Express, owned by Le Cordon Blue-trained Chef Britney Monique Moore, is a personalized and homegrown experience for diners.

Including several varieties of house-made vegan cheeses and charcuterie, dishes range from those meant to mimic the taste and feel of luxurious lobster-tail and Asian-inspired duck, to mouthwatering cheeseburgers and Israeli-style toasts, to Oreo cheesecake. A tasty experiment in just how far the vegan boundaries can successfully be pushed.

If you’ve never had Ethiopian cuisine, it can be a warm and comforting experience, often involving a series of small stewed items to be wrapped in little pieces of the large pancake-like injira.

Yitzhak Hizkiyahu, an Ethiopian-Israeli immigrant, is among the few restaurateurs who opened up an Ethiopian eatery in Tel Aviv in a bid to share his home cuisine and culture with the larger Israeli public.

Choosing to do so within the sphere of vegan cuisine in the southern part of the city, Tenat Restaurant serves an array of vegan salads made with legumes, grains and fresh veggies; as well as spreads and stewed items, served in an updated take on the traditional, alongside fresh-squeezed juices, fruit shakes and even chocolaty desserts, to accompany your extra-strong Ethiopian-style espresso coffee or Ethiopian beer, which will be most likely served to you by Hizkiyahu himself.

A family-run vegan kosher café-restaurant located within a historic stone house in the center of Jerusalem, Nagila is one of the few places in the city to get a great low-key vegan meal.

Carrying a distinctive homey feel, it’s a coveted spot to stop in for superb vegan lasagna, meatless moussaka, coconut curry, or ethereally smooth chocolate mousse, all made in house.