4 Machines About To Revolutionize The Way We Prepare Food

3D print veggie meat or burgers that taste like the real deal, shape a cake to your exact specifications or prepare a complete meal in three minutes.

Eshchar Ben-Shitrit grew up on a kibbutz where his mother ran the dairy farm. He observed the strong bond between cows and their calves, and this memory triggered something in him when he became a father four years ago.

“When my first son was born I felt it was not possible to eat meat anymore. I felt I’d be eating someone else’s child,” Ben-Shitrit tells ISRAEL21c. “I got obsessed with finding a solution for people who enjoy meat, like me, but don’t want to eat animals.” 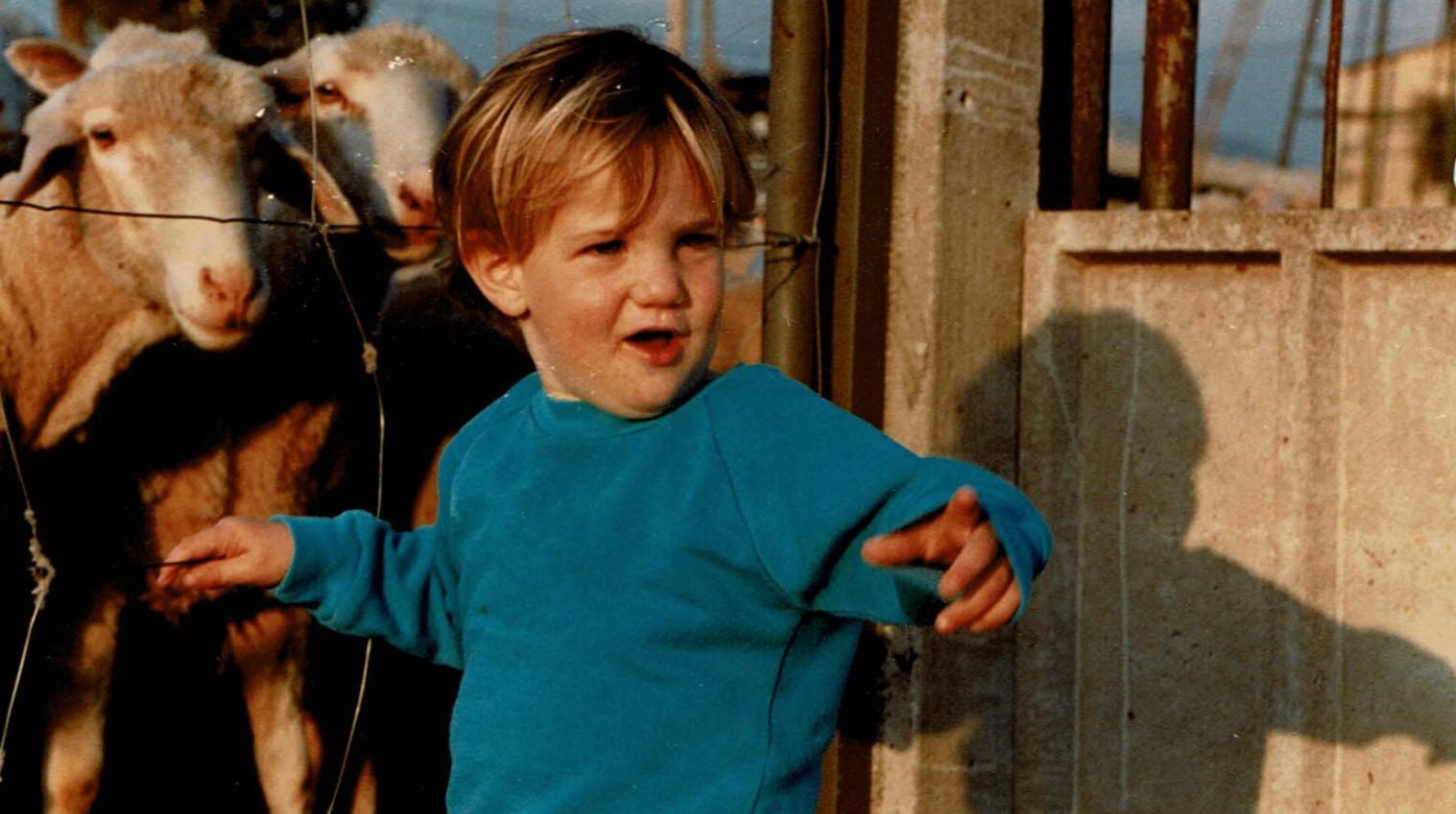 Eshchar Ben-Shitrit as a boy in the kibbutz barnyard. Photo: courtesy

“We need to make a steak without killing a cow,” he says, pointing out that the 20,000 liters of water and 20 kilograms of feed necessary to produce 1 kilogram of meat is horribly inefficient and wasteful. In addition to using far less water and raw materials, his product would contain hardly any cholesterol, more fiber and none of the risks of contamination that come with fresh meat. 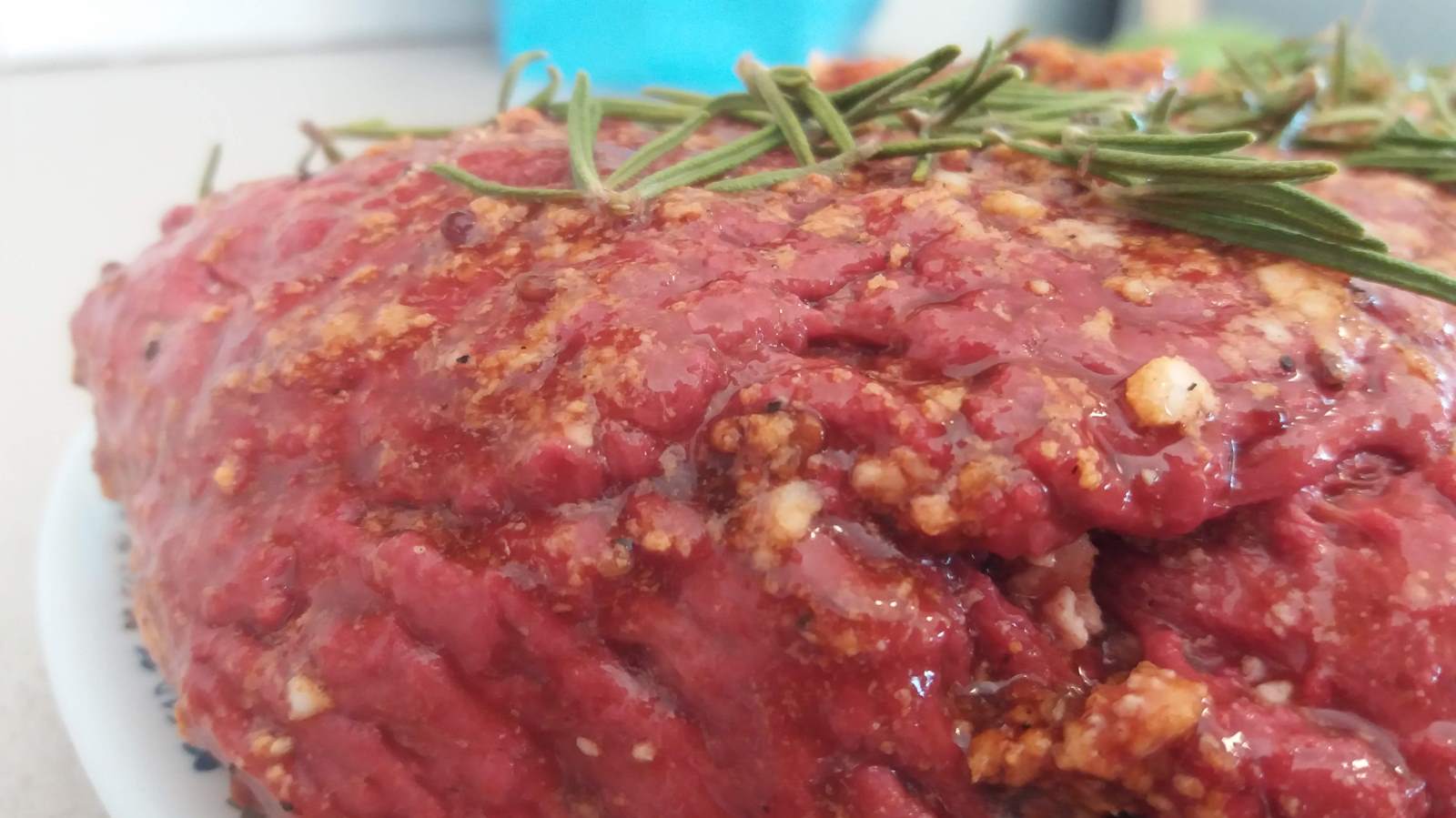 Ben-Shitrit’s technology is not the same as cultured or “clean” meat manufactured from live animal cells, although this is another rapidly advancing industry in Israel with startups including Jerusalem-based Future Meat Technologies and Tel Aviv-based Aleph Farms and SuperMeat.

Let’s take a closer look at Jet-Eat and three other Israeli startups finding high-tech ways to cook up edibles from vegan meats to cakes. “Our product has to have a high resemblance to meat in many properties. A steak is basically muscle, fat and blood in a complex structure that influences mouth feel and how it cooks. The flavor profile is connected to how the fat is marbled in the muscle and melts when you cook it,” says Ben-Shitrit.

“We need to emulate the chemical and physical properties and the structure. We’ve mapped a lot of these elements for our printing process.”

He wants to bring Jet-Eat to market in Israel at a price point identical to real meat in about a year. Then he envisions forming strategic partnerships in Europe and North America. With many major meat companies now investing in alternatives sought by vegans as well as flexitarians and “conscious carnivores,” Ben-Shitrit believes the time is right.

“What we’re trying to do is challenging but not impossible. We already have some prototypes and the basic configuration of the printer,” he says.

This will be a “digital chef” platform to print — and simultaneously bake, grill or fry – personalized plant-based meat-substitute meals using room-temperature ingredient cartridges with a six-month shelf life.

The key ingredient in each cartridge is submicron crystalline cellulose, a zero-calorie derivative of plant fiber – the most abundant biomaterial on earth — as a self-assembling binder in place of starch, egg whites, gluten or gelatin. The printer and proprietary ingredients are patent-pending.

“By controlling the water content in the crystalline cellulose composite via the heat source of the printer, we are able to determine the texture from soft fat to fibrous meat to hard as a bone,” explains Racheli Vizman, who is poised to lead the company.

The first product likely will be a meatless burger. Because the system can produce dishes in forms that never existed before, it could be something as unusual and personalized as a veggie burger with fries in the middle.

SavorEat is based on the research of Hebrew University professors Oded Shoseyov and Ido Braslavsky. It will be incorporated upon completion of a licensing arrangement from Yissum, the tech-transfer company of the Hebrew University of Jerusalem.

Meanwhile, the founders are raising $2 million and developing the printer and cartridges under the umbrella of the university in cooperation with established Israeli companies in the fields of natural flavorings and 3D printing.

Commercial activity will focus for the first five years mainly on restaurants.

“We are working with a top Israeli chef who has restaurants in Israel and New York. We will disrupt this market dramatically,” Vizman predicts.

“Restaurants and cafés will be able to plan better for fluctuations in demand, keep less inventory on hand and create new menus for people with a variety of food needs and preferences. Because you won’t need refrigerated trucks, transportation costs will be greatly reduced as will inventory costs and food waste.”

The long-term goal is to create a home appliance capable of preparing meals tailored for each family member. 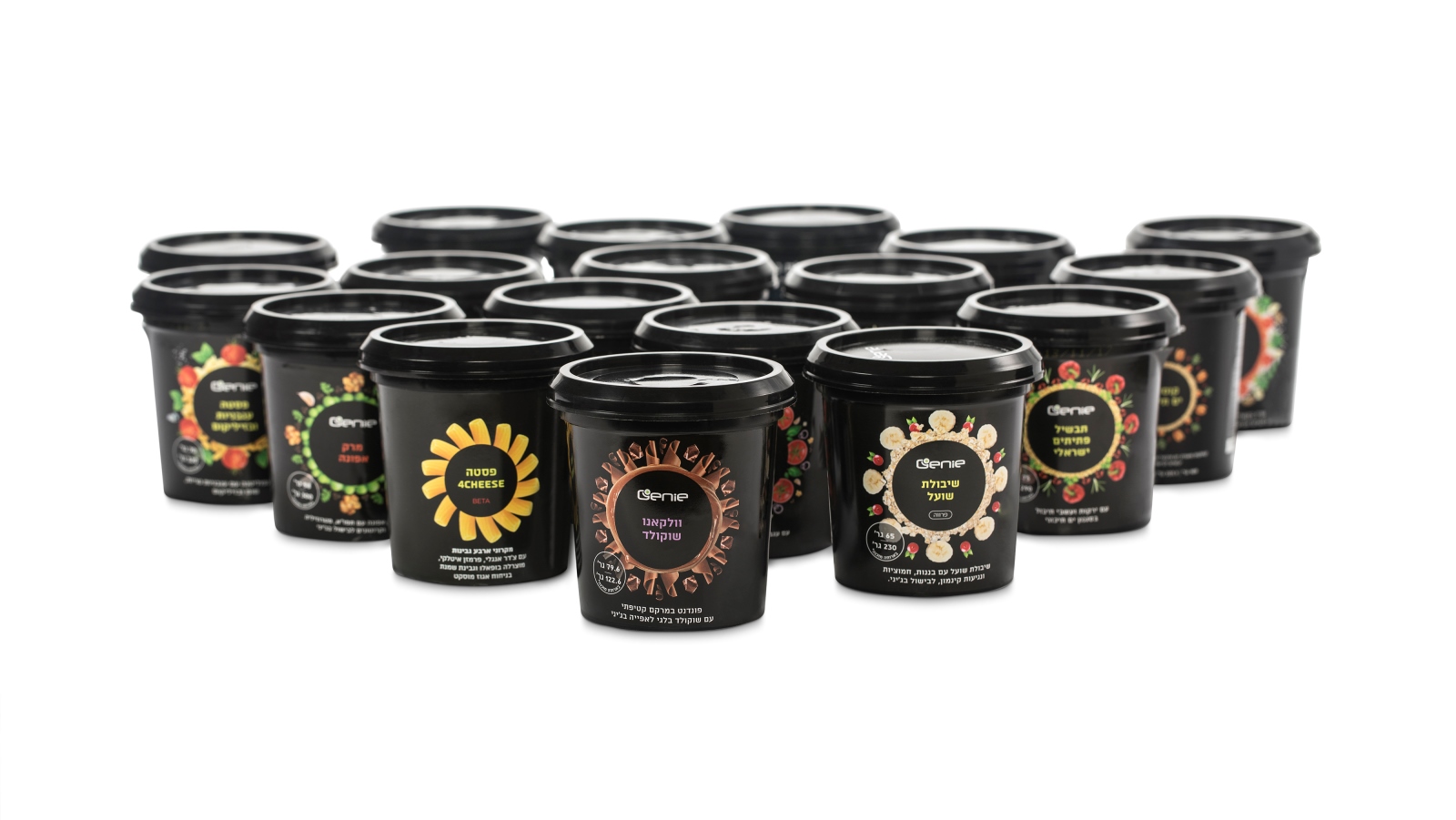 A sampling of Genie cups. Photo by Kfir Ziv

The Genie countertop “smart oven” cooks meals and snacks from freeze-dried pods within three minutes, with no preservatives, artificial flavorings, colorings or additives.

The food-prep system is being scaled for mass production in Israel and will launch in the United States, starting at a few workplaces in New York City and branching out later to coffee shops, hotels and hospitals. The oven and pods will be available via lease-or-buy plans similar to an office coffee machines.

The ingredients for meals such as pasta Bolognese and oatmeal with apples and cinnamon are sealed in for a shelf-life of one to two years. When the smart oven scans the bar code printed on the outside of the pod, it registers the instructions for how to prepare that dish in a proprietary sequence of heating, cooling, agitating, microwaving and steaming.

Genie smart ovens come in a variety of colors. Photo by Kfir Ziv

Genie is based in Rishpon and has a manufacturing facility in the northern town of Karmiel. The company co-owns a pod-filling facility in Meron, in the Upper Galilee, with the capacity to manufacture 10 million meals per year for the Israeli market.

Now being developed at the 3D Innotech food-tech accelerator in Ramat Hasharon, InnoCake is a computerized device that turns a plain block of cake into a sculpted replica of whatever image was scanned into it at the start of the process.

InnoCake was conceived in March 2016 as a more accessible way to produce the kind of luxury custom cakes costing tens of thousands – and sometimes millions – of dollars (the record-holder is a $75 million diamond-studded cake made by British designer Debbie Wingham for a client in the United Arab Emirates three years ago).

It would replace the painstaking, time-consuming and extremely expensive work of trained pastry chefs with a combination of deep- and cutting-edge technologies like a 5 axis computerized machining tool. 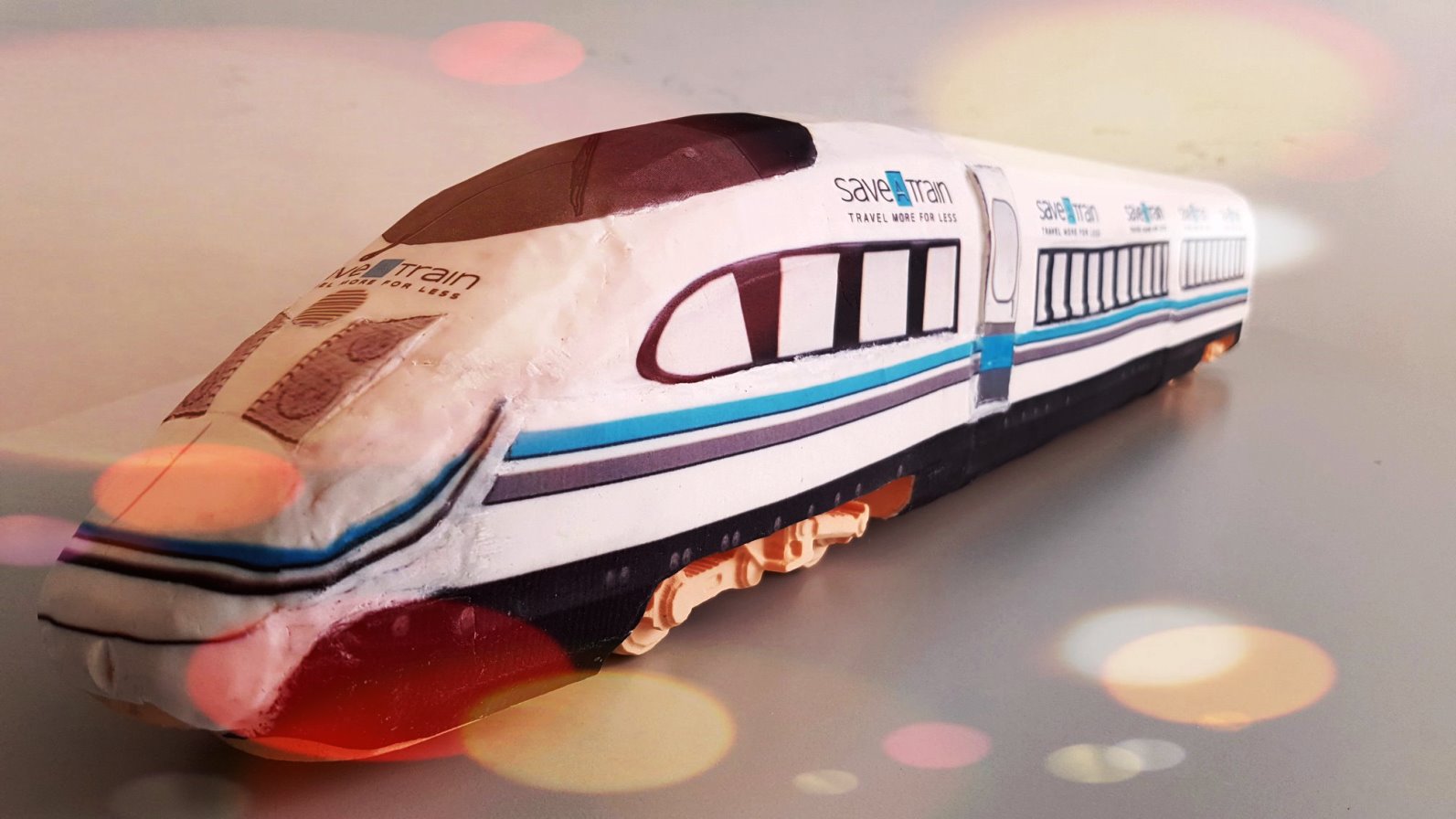 “We intend to go for the high-end market for starters,” says founder Shai Bar Zev, who says these machine-made custom cakes would cost in the thousands.

Down the road, however, he’d like to see InnoCake branches operating in shopping malls. You’d come in and hand over a photo and come back after your shopping to pick up your dessert masterpiece.

“There’s nothing else like it,” says Bar Zev, who has proof-of-concept models of two models of the machine. He’s making the rounds of international confectionary shows and looking for investors.