VeganNation Site To Launch With Its Own Cryptocurrency

On September 2 – 118 years since the birth of Donald Watson, coiner of the term “vegan” in 1944 – Israel-based VeganNation will launch its initial coin offering to kick off a decentralized community and marketplace for millions of worldwide vegans.

Cofounder Isaac Thomas, 34, says VeganNation is meant to be the first fully functioning ecosystem for people who avoid animal products, offering an online platform for content and communication as well as products and services paid for by a new VeganCoin (VCN) cryptocurrency.

While the main target demographic is college students, who may be more comfortable using new technologies like blockchain, Thomas says you definitely don’t have to understand the technology to participate in this dedicated community.

As he sees it,  a peer-to-peer blockchain ledger system, in contrast to a centrally administered database, mimics the workings of nature and helps assure consumers and businesses that their information is secure.

Practically speaking, VeganNation members wishing to purchase food-sharing services or cruelty-free products on the platform will use prepaid VCN stored in their JAXX crypto-wallet rather than a bank credit card. “If you understand how to use mobile payment apps, our system works the same way,” Thomas tells ISRAEL21c. 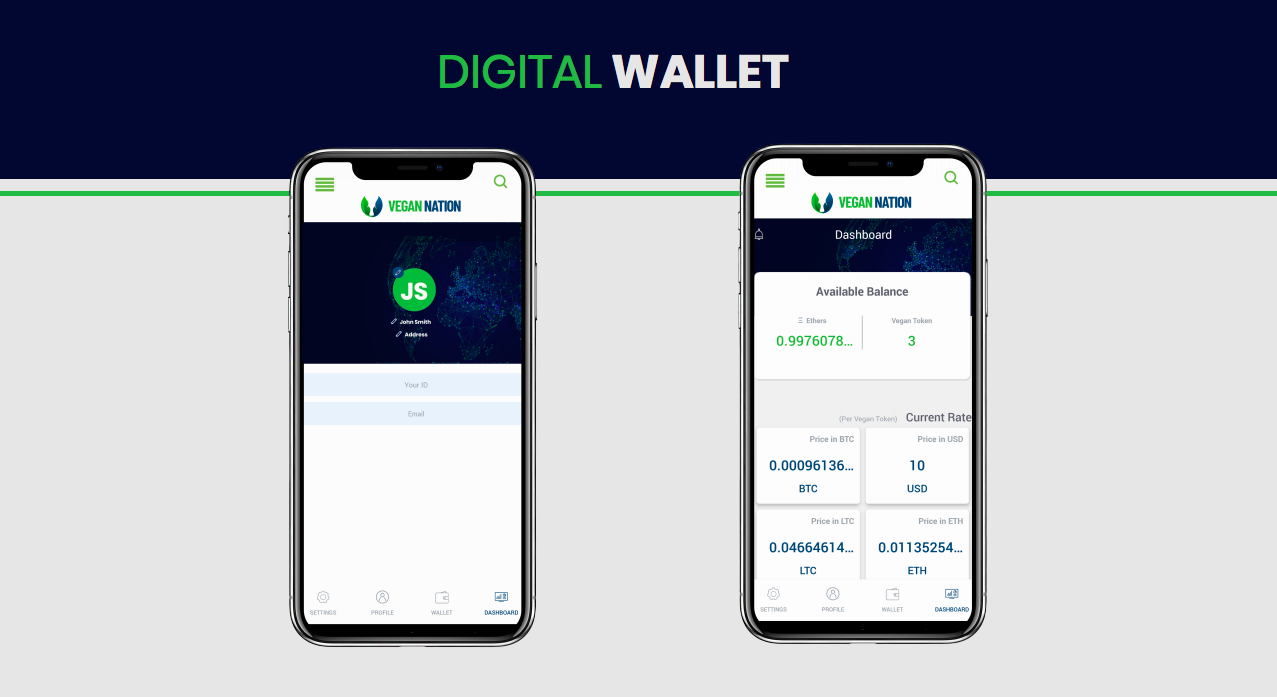 The exact number of vegans in the world is subject to much debate and speculation. But it’s undisputed that interest in plant-based cuisine is growing rapidly and that Israel probably has more self-declared vegans per capita than any other country (an estimated 5 percent of the population).

So it’s only fitting that VeganNation is the brainchild of four Israeli childhood friends. And if you think vegans are all the same, take a closer look at the photo of these guys, who range from secular to ultra-Orthodox.

Thomas moved to Florida at age 15, dropped out of school and embarked on a series of entrepreneurial ventures in real estate and healthcare, returning to Israel in summer 2017. He’s been vegan for two and a half years.

“I believe in positive energy and I believe we are what we surround ourselves with,” he tells ISRAEL21c. “That led to an understanding that we are also what we consume and that led me, close to 10 years ago, to change my lifestyle and lose about 110 pounds. And that evolved into realizing it made no sense to be positive if I was consuming things that have energies of suffering and death.”

“In today’s digital age, individuals from around the globe can unite to create more than just a community, but a nation to create change.”

With a core team of 25 and growing, VeganNation has offices in Jerusalem (technical development) and Tel Aviv (business) plus a satellite office in Switzerland’s regulated “Crypto Valley.”

The startup’s seed round was bootstrapped by the four founders, and in February early investors were offered the VCN tokens at a discount in a private presale.

“The app will launch at the end of the ICO with food-sharing services and then with vegan ecommerce and vegan-related content,” Thomas explains.

The food-sharing feature will allow VeganNation members to host vegan meals for other members, search and find vegan restaurants and connect with likeminded dining companions anywhere they travel. They will also be able to cook meals for delivery utilizing existing food-delivery services. 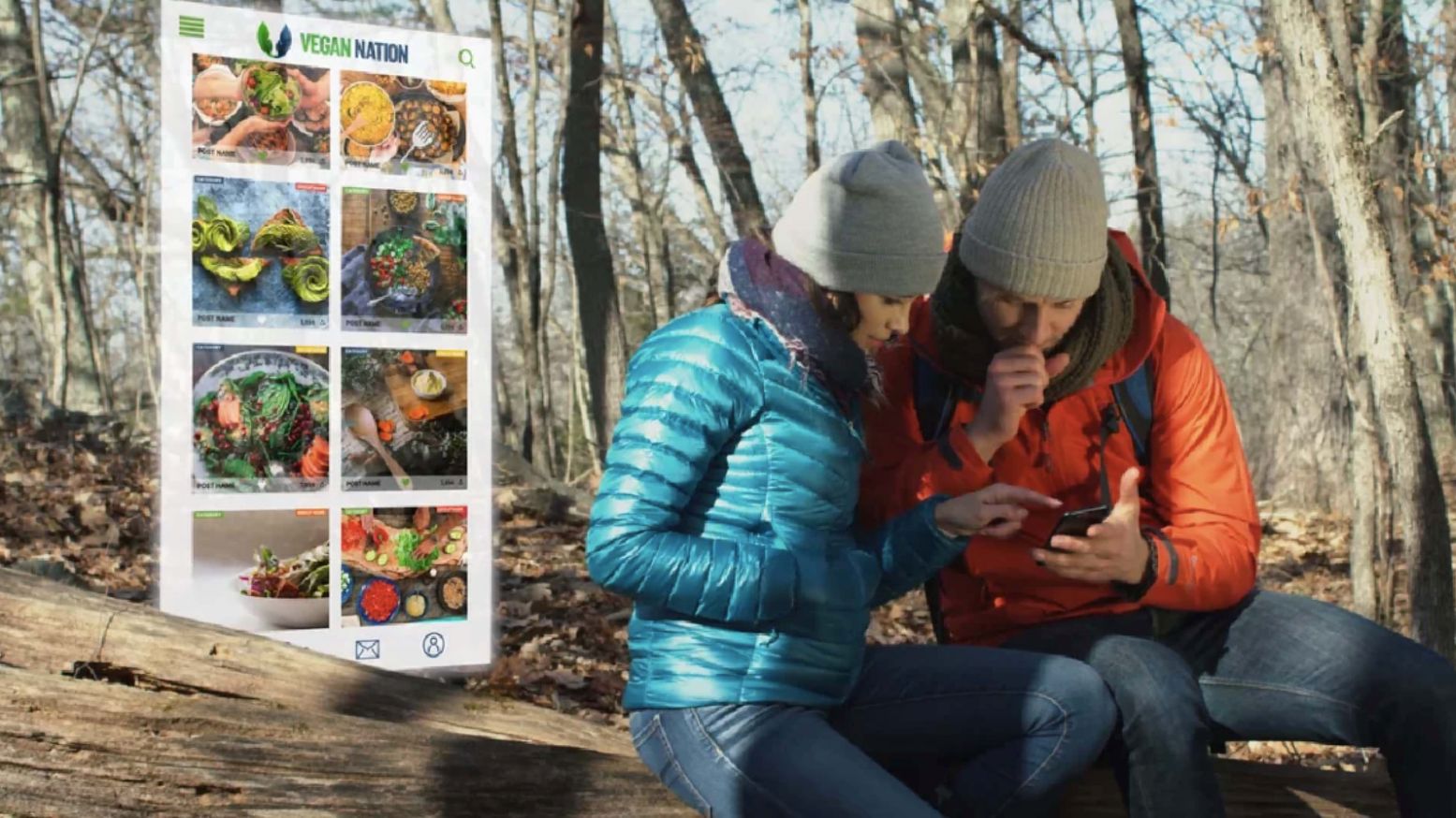 VeganNation members can use the app to find likeminded dining companions anywhere in the world. Photo: courtesy

“The food sharing aspect will grow slowly because we want to make sure we have quality control on the ground, so we’ll start in a few cities in the US and then Europe,” says Thomas. “Vegan ecommerce is easier to scale quickly; retailers can simply put their products on our website. And content sharing will happen as the community grows.”

Thomas says that innovation is also an integral part of the VeganNation vision. Aside from the VCN traceable cryptocurrency, the website is planned to host a vegan-tech incubator for entrepreneurs to brainstorm ideas and locate funding opportunities, as well as a meetup platform offering members an opportunity to physically meet, converse and organize offline activism.

“In today’s digital age, individuals from around the globe can unite to create more than just a community, but a nation to create change,” says Thomas, CEO of the company.