A young man selling sweets at the Old City of Acre. Photo by Moshe Shai/FLASH90

A 10-stop DIY culinary tour around the Old City and waterfront of Acre (Akko).

If you love learning about the history of Crusaders, experiencing ancient walled cities laced with mosques and stone towers, and seeing real cannons while imagining Napoleon marching in on his white horse, then you should definitely head over to the Israeli port city of Acre (Akko).

Aside from the history that exudes from every stone here, the Old City of Acre is a total foodie dining destination.

An oasis of Arab cuisine on Israel’s northern Mediterranean coast, with a unique influence from the sea that surrounds it, and a diverse and colorful marketplace, this is a great place to “food tour” on your own. And we’re giving you license to go nuts, with our breakdown of the best cheap eats the city has to offer.

These 10 stops can be hit one after another to give you an unforgettable street-food experience. Hey, you only live once, plus cheap eats means that 10 tastes won’t be more expensive than just one fancy meal, which you can have later in the evening once the city lights illuminate the waterfront. For that, we suggest the legendary Uri Buri fish restaurant or the modern and delicious El Marsa. 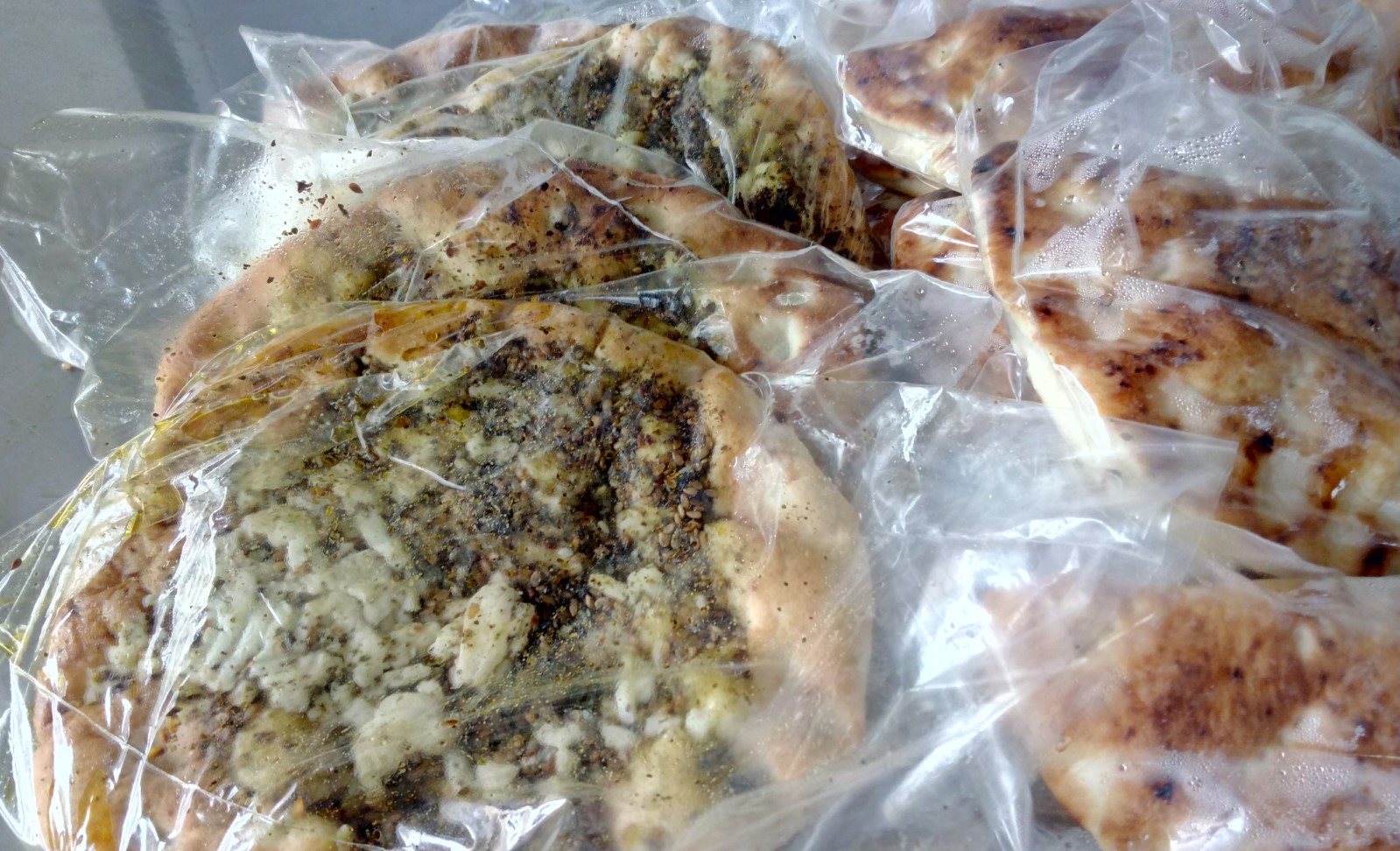 Start your culinary journey in Acre’s Old City on Salah Al Din Street. Pass through the Crusader gates and walk down the main drag to catch your breakfast of champions at Maafiat Ouda. Your nose will lead you into the bakery where freshly baked pitas are falling off a small assembly line, and still steaming zaatar bread and sesame breadsticks are proudly displayed. Pick your favorite carb and take it to go.

What goes better with pitas than falafel? From the bakery, head just across the street to sample Acre’s No. 1 falafel stand, and sink your teeth into the freshly fried perfection. Hint: It’s the place with the never-ending line of customers! We encourage you to try and fit as many different types of salad in the pita as possible. All you have to do is point and smile.

What to order:  Half portion of falafel with all the fixings. 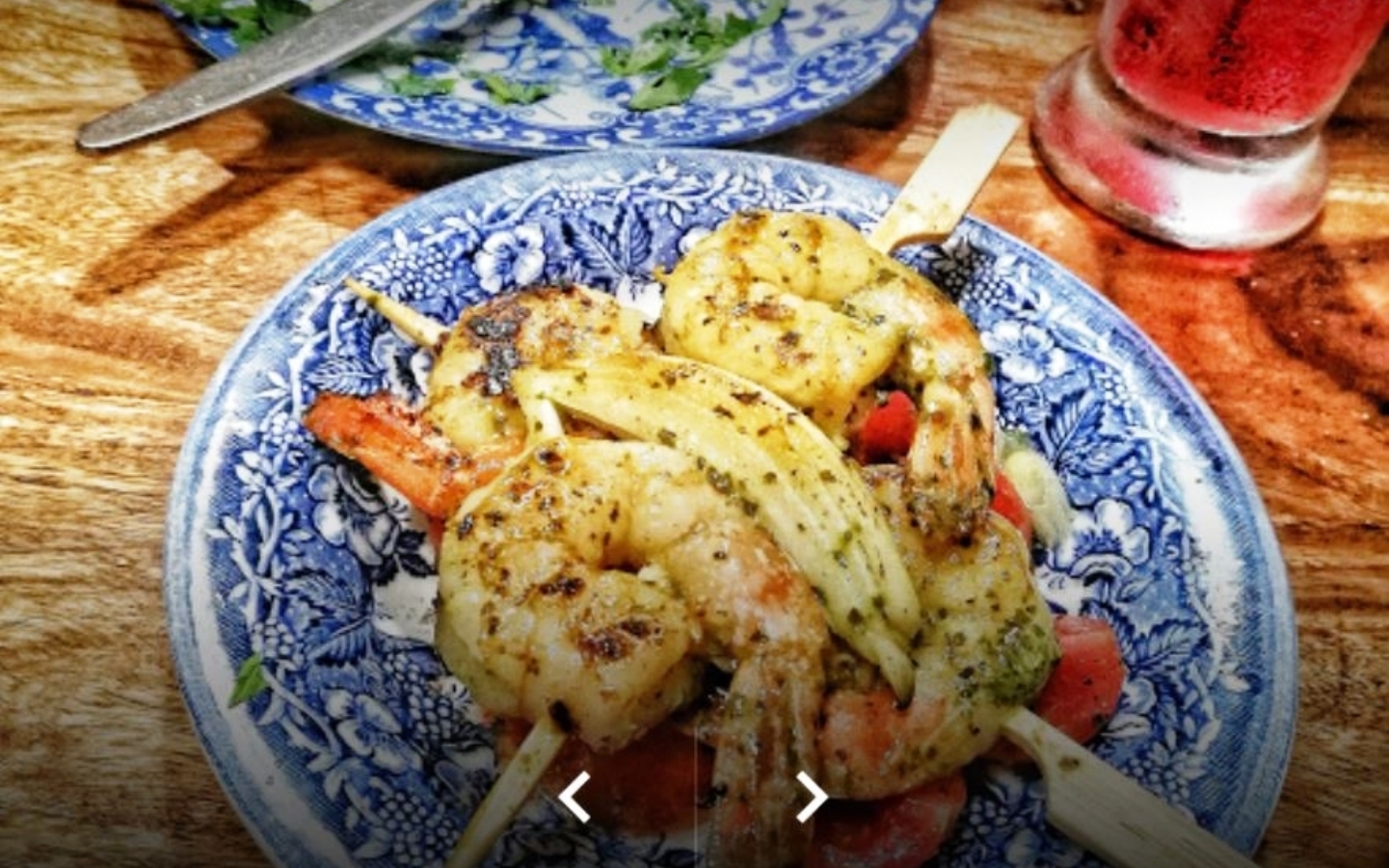 Move onto Acre’s renovated Crusaders Hall, dubbed “The Turkish Market.” There at the center of the city’s modern yet affordable bistro scene, you can get a taste of forbidden “fruit of the sea” in the form of fried calamari, grilled shrimp skewer, and the crab falafel that the restaurant is known for.

Bought fresh from the open-air market just down the street, the delicious seafood and historical atmosphere will instantly remind you of the history that surrounds you, while allowing you to sample some of Israel’s newest culinary trends. 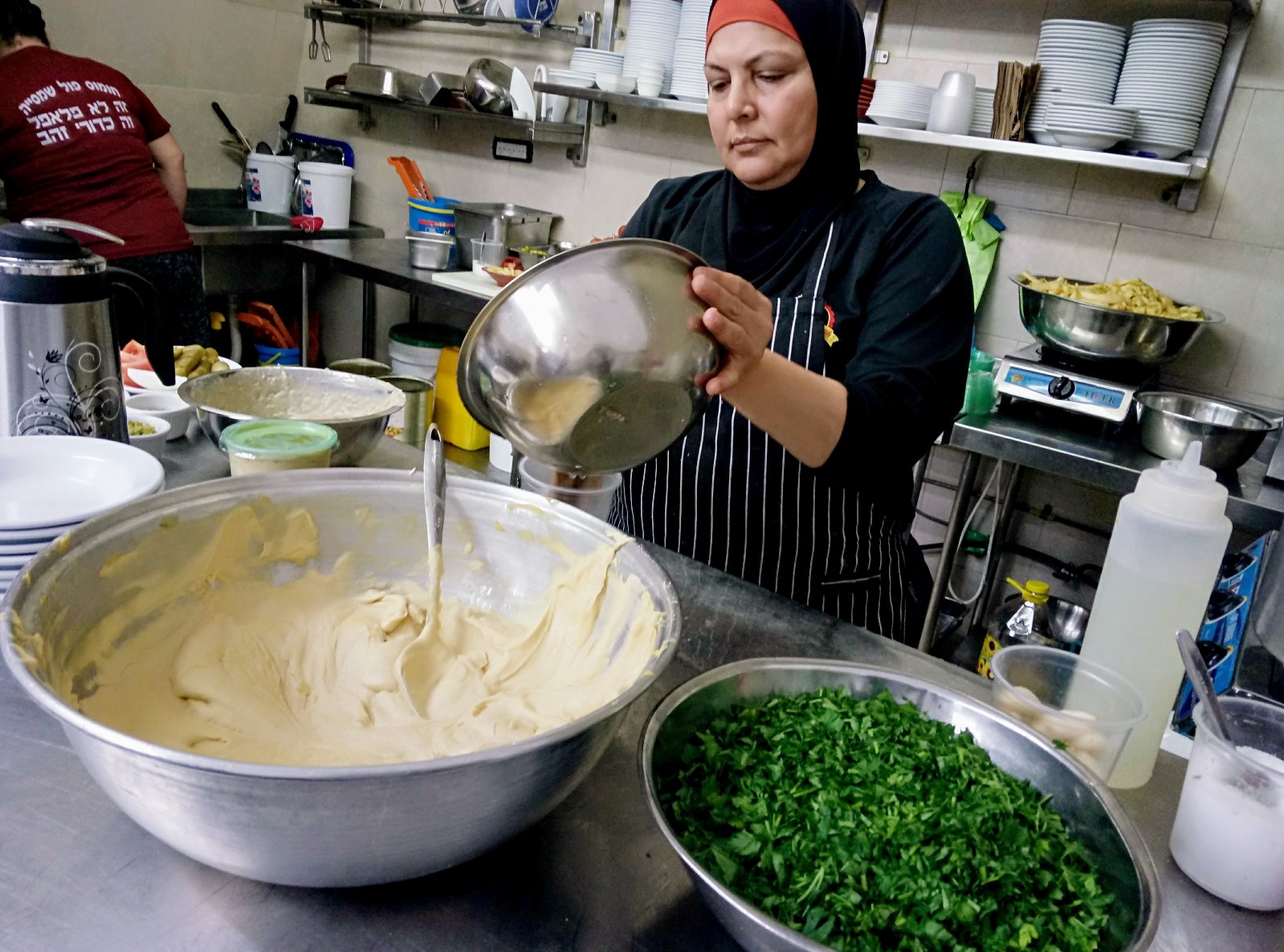 Hummus is perhaps the most revered/debated/sought-after dish in Israel, and Hummus Shamsia is a local favorite in Acre’s Old City market. Get it the classic way, hand-ground to order by the resident matriarch, with warm chickpeas, parsley and olive oil on top. Dig in while you watch them prepare orders. There is probably no better way to learn the tricks of the hummus-making trade.

What to order: Half portion of hummus with gargirim (whole chickpeas) 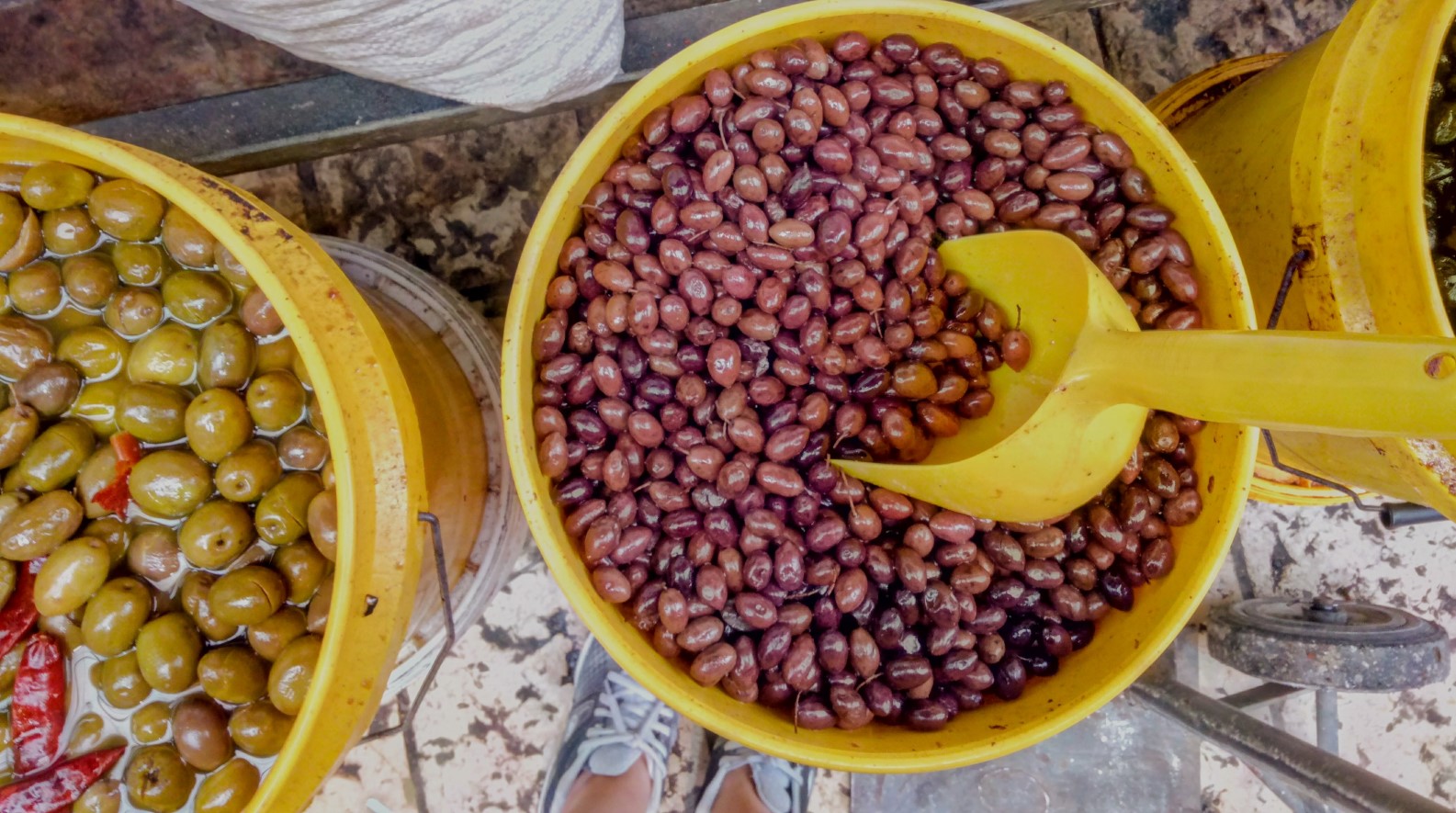 Now backtrack a little to start a feast of snacks and desserts. Start by sampling different varieties of olives, delighting your nose with bulk spices (we recommend taking home dark red sumac and cumin-like black kaztach seed to top savory baked goods), and picking up some roasted coffee beans from exotic locations. 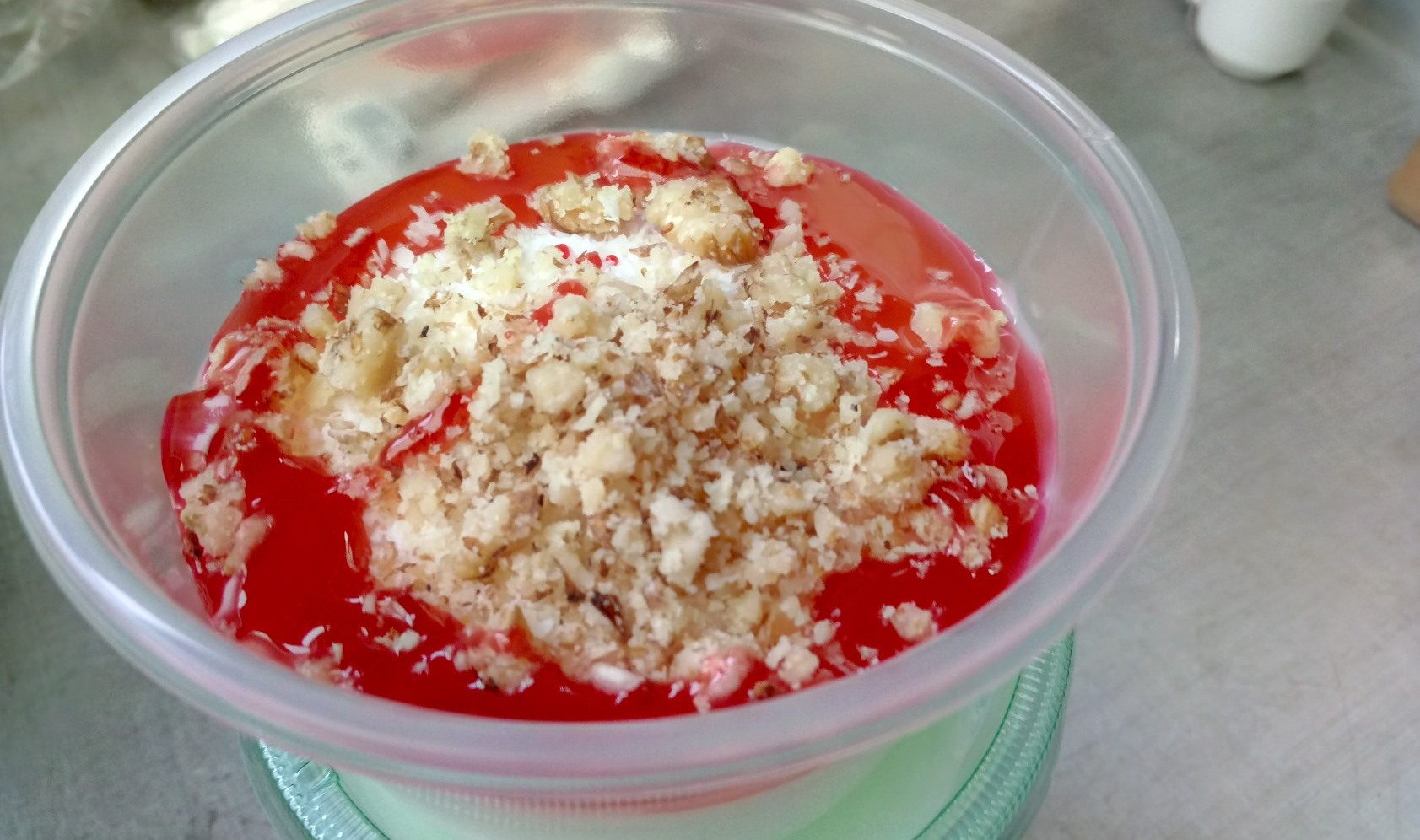 Malabi in the Acre open-air market. Photo by Jessica Halfin

Grab a cup of strong Turkish coffee for a post-feast jolt, then treat yourself to the main event (dessert, of course!) in this ancient marketplace. With endless mounds of seasonal jewel-toned fruits, malabi (the rosewater panna cotta of the Arab world), Turkish delight stands, and mouthwatering knafeh and baklava, it’s the best place to get your sugar fix. 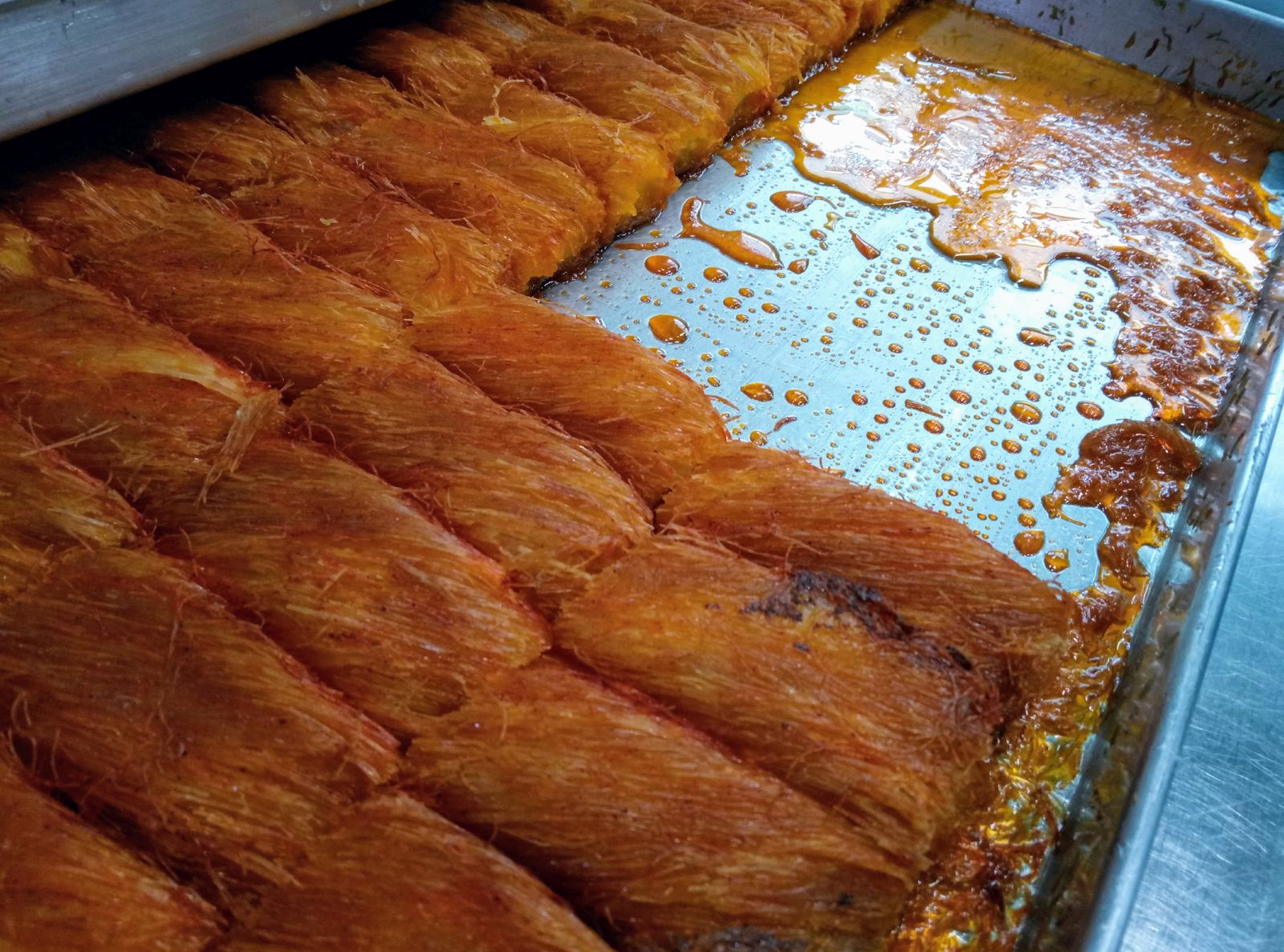 Knafeh at Mamtakei Kashash in the Acre open-air market. Photo by Jessica Halfin

Stop 9: Fresh-squeezed juice on the waterfront 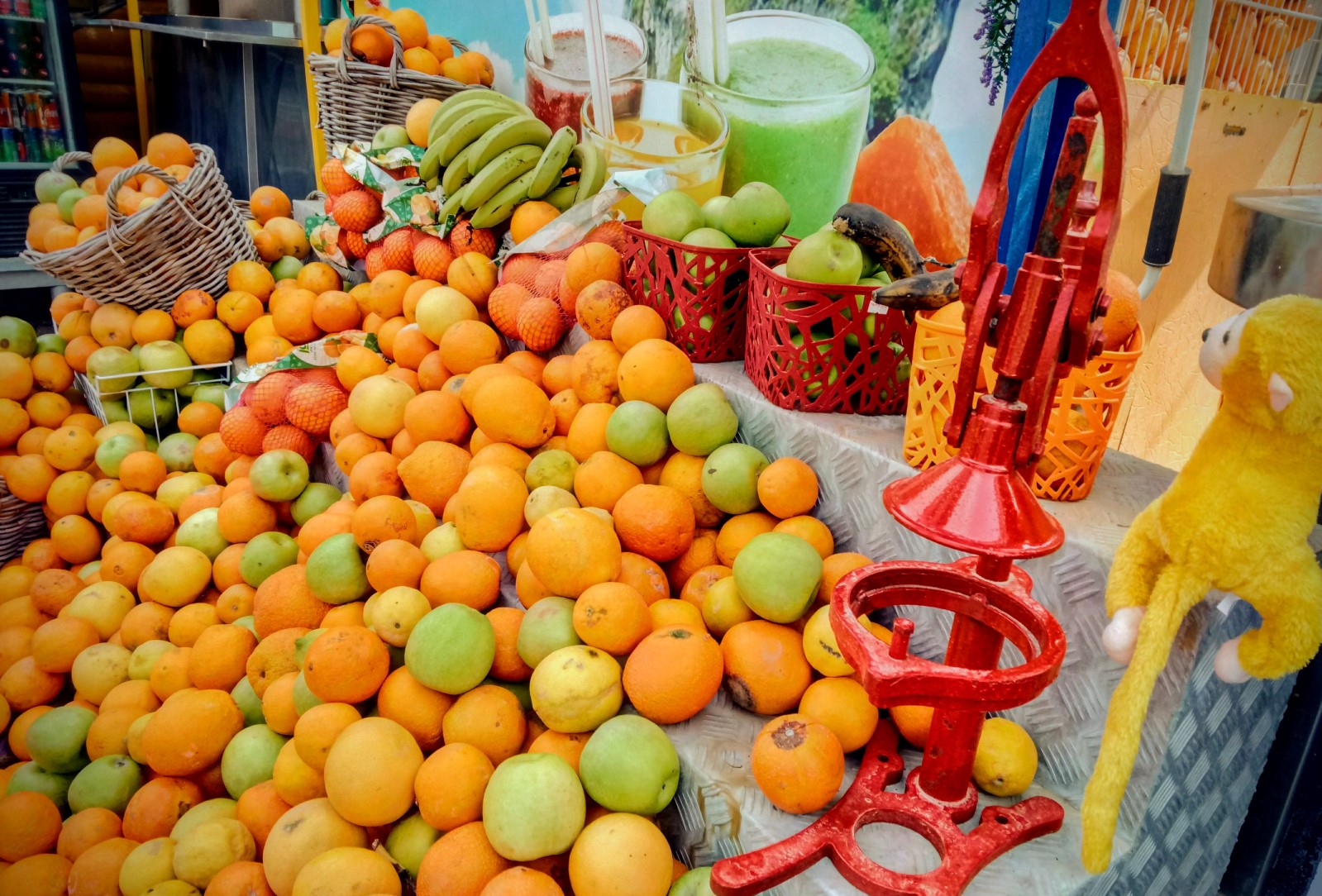 Get freshly squeezed juice on the Acre waterfront. Photo by Jessica Halfin

Now that you’ve satisfied your sweet tooth, head down the waterfront for a cup of fresh-squeezed juice to refresh your palate. Fall and spring means deep ruby-colored pomegranates and oranges, while summer means fresh carrot or mild natural apple juice.

Still hungry? Probably not, but there’s always room for ice cream, right? Sample the unique seasonal flavors of Emdomela, such as rosewater, apricot and cardamom. Run by the famous Uri Jeremias of Uri Buri just down the street, it is the perfect place to end your delicious day.

What to order: Cinnamon or arak ice cream