A dish served at Magdalena in the Galilee. Photo: courtesy

These establishments create food with love and care, and of course with the fresh seasonal products of the local terroir and Mediterranean waters.

Most Israelis have their favorite local family-style restaurant for Arab cuisine where they go to indulge in a spread of meze salads of fresh or roasted vegetables, charred eggplant, hummus, tahini, lafa bread and grilled meats. This is not that list.

The following are Arab restaurants that are changing the culinary scene in Israel. From gourmet chef restaurants to fabulous destination locations, these establishments (not kosher) make their food with love and care, and of course the fresh seasonal products of the local terroir and Mediterranean waters. Cheers to that! 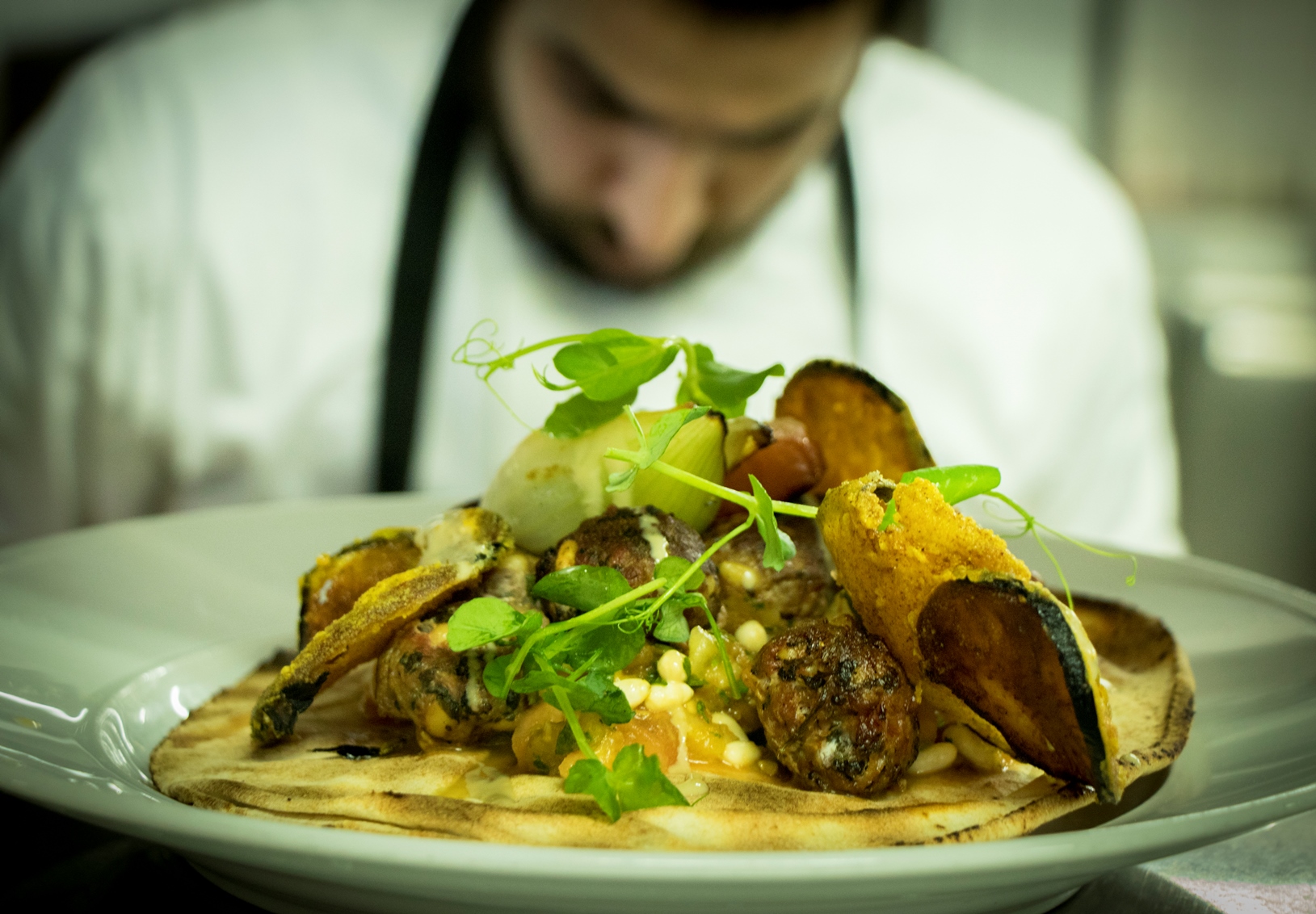 Specializing in elegantly composed dishes that tell a story, Chef Yosef “Zuzu” Hana of the popular Magdalena restaurant in Midgal junction, by the Sea of Galilee, combines modern cooking techniques, international products and seasonal local ingredients in dishes that pay homage to the Christian-Arab cuisine of the region. 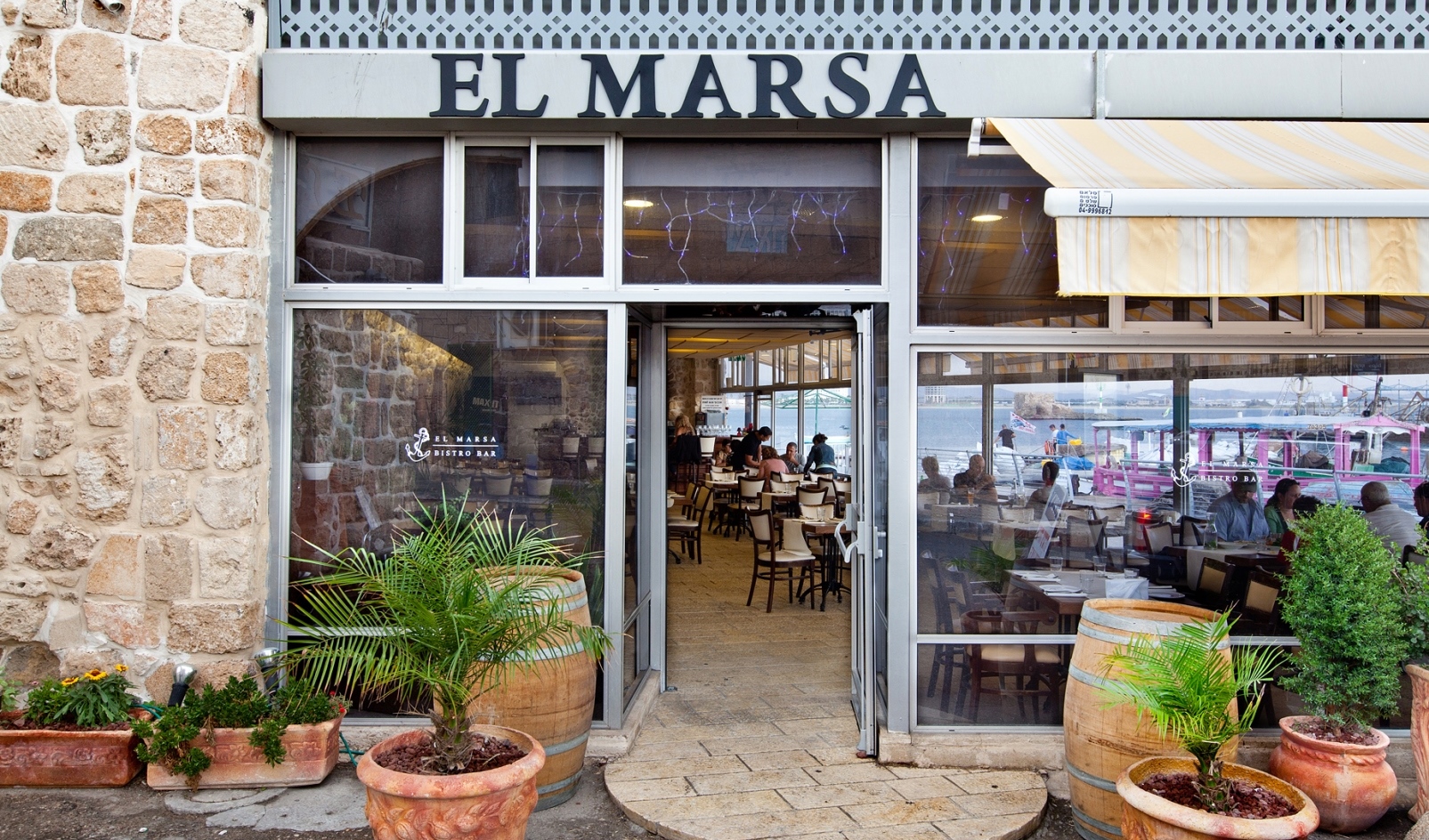 Overlooking the waterfront in the ancient port city of Acre is a restaurant offering Arab cuisine as you’ve never seen it before. Chef Alaa Musa honors his roots while elevating the fare to a level of fine dining, focusing mainly on seafood from the surrounding Mediterranean.

Wash down dishes such as fresh-grilled calamari served on a bed of lemony pink-hued sumac labane with local boutique wines, and enjoy service and hospitality perfected by the chef himself from a long career of working in Michelin-star restaurants across Europe. 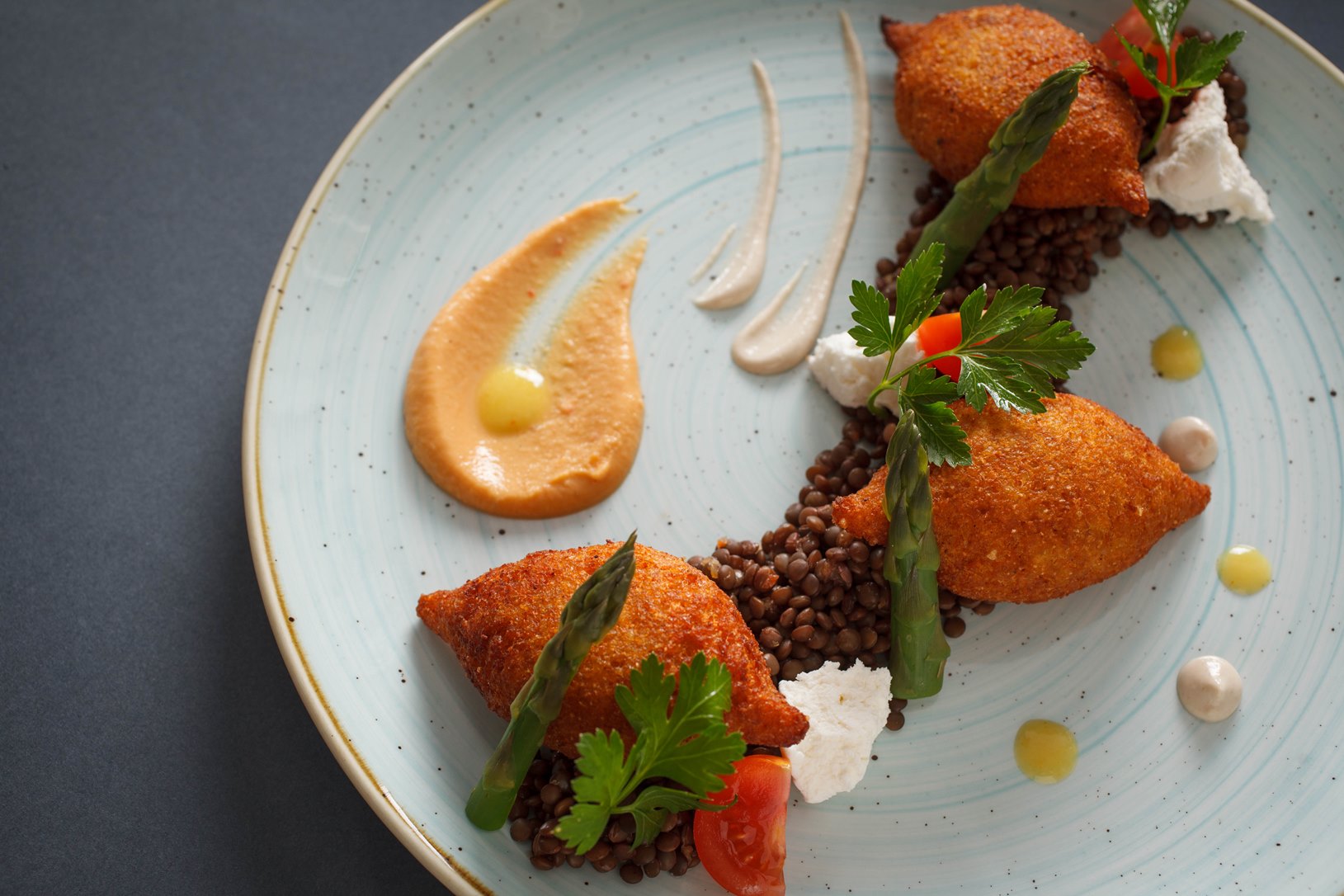 Set in bright country-kitchen-like space, Ezba, in the northern village of Rameh, serves fresh cuisine dictated by seasonal products — including wild plants and raw materials native to the area — in a homey and charming atmosphere.

Opened by the Daoud family, the restaurant offers a small specialized menu featuring stews; slow-cooked pilafs such as beef with freekeh; fresh salads; stuffed vegetables; homemade kubbeh; and for dessert, refreshing treats such as fresh figs with anise and sesame. 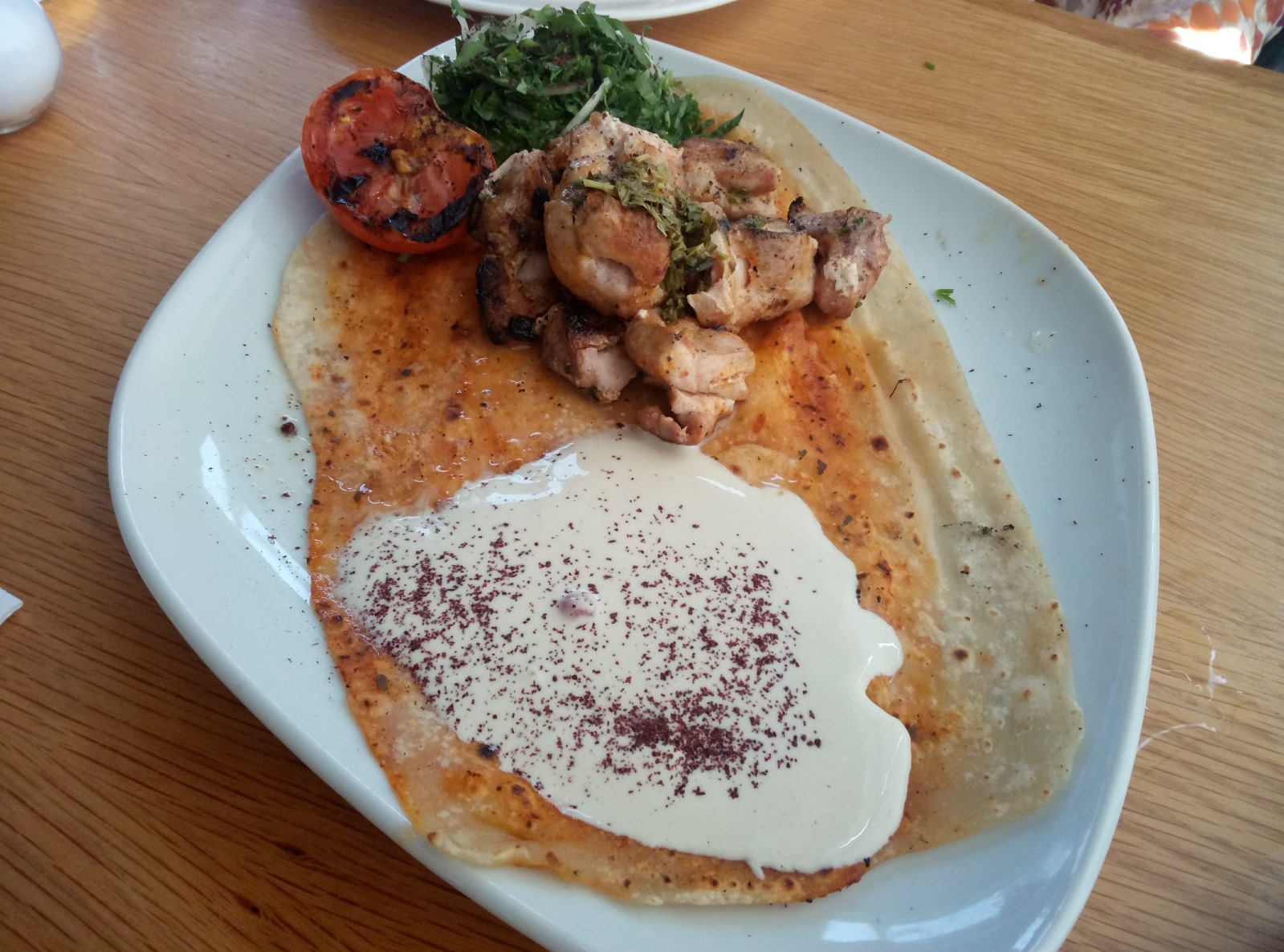 Looking to sample authentic Lebanese-style cuisine in Haifa’s renovated back port area? Rola, opened by chef Moin Halaby, is your ticket to good eats. Dishes are called by their traditional Lebanese names, with references to the cities in Lebanon that inspired them interspersed throughout the menu.

The restaurant makes good use of the small space, which includes a traditional tabun (stone-fired oven) for making Lahm bi Ajeen (Lebanese pita topped with spiced ground lamb and pine nuts) and the fresh-grilled flatbreads that accompany such dishes as shishtawak (chicken shish kebab) served with yogurt, olive oil and fresh herbs, swimming in a sea of lemony tahini.

Knaffeh (sweet cheese and buttery phyllo noodle pastry), made in house, will leave you with a syrupy finish to the satisfying meal. 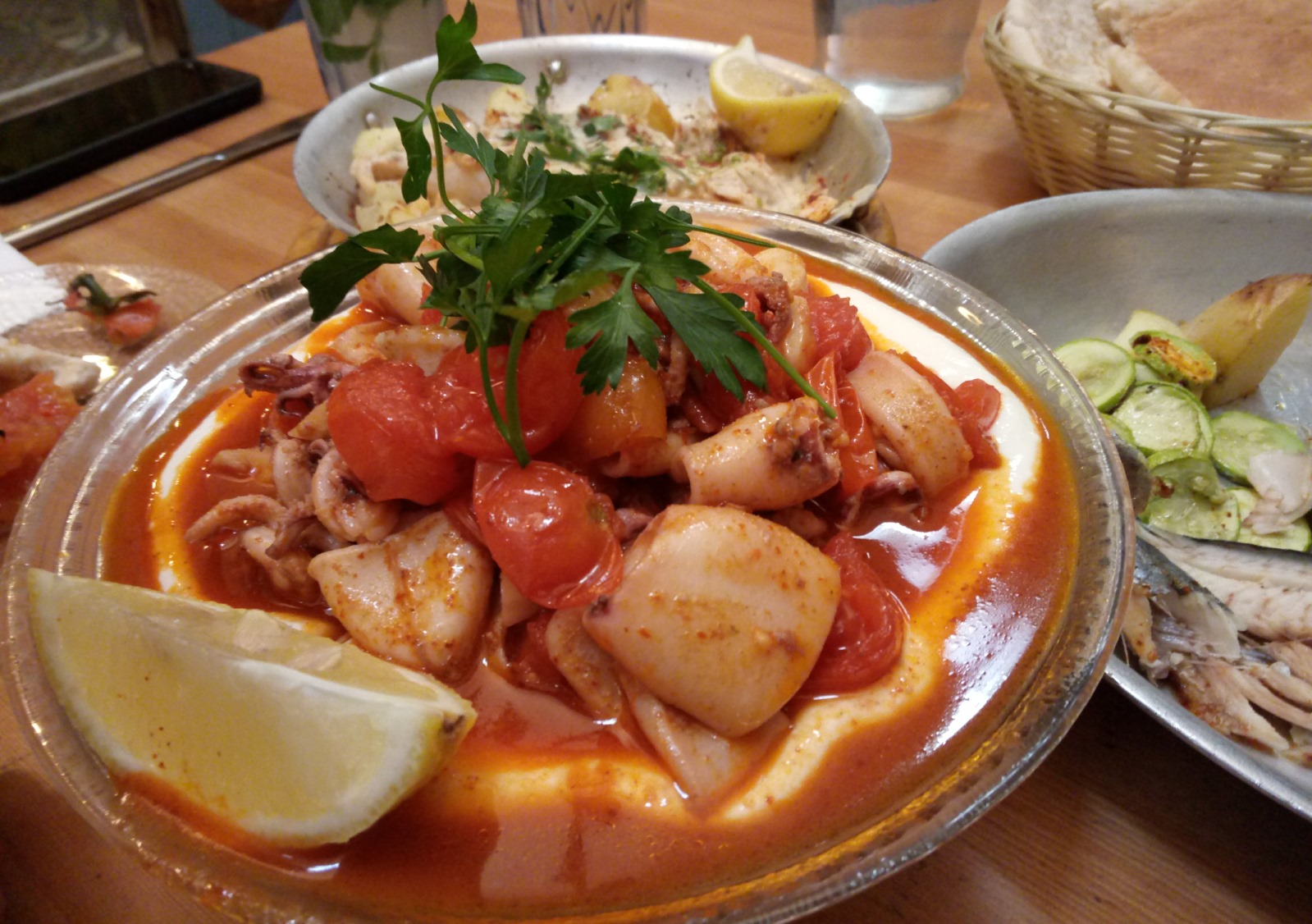 Meaning “woman of valor” in Arabic, Maadali carries the positive vibes of Acre’s restored historical Turkish market and of its young chef, Adnan Daher, who isn’t afraid to showcase the home cooking and fresh seafood he grew up on in the port city.

A small selection of homey dishes including “salad of my childhood” — a tomato matbucha-type dip — evokes a feeling of home amid the beautiful wood-and-stone dining atmosphere. 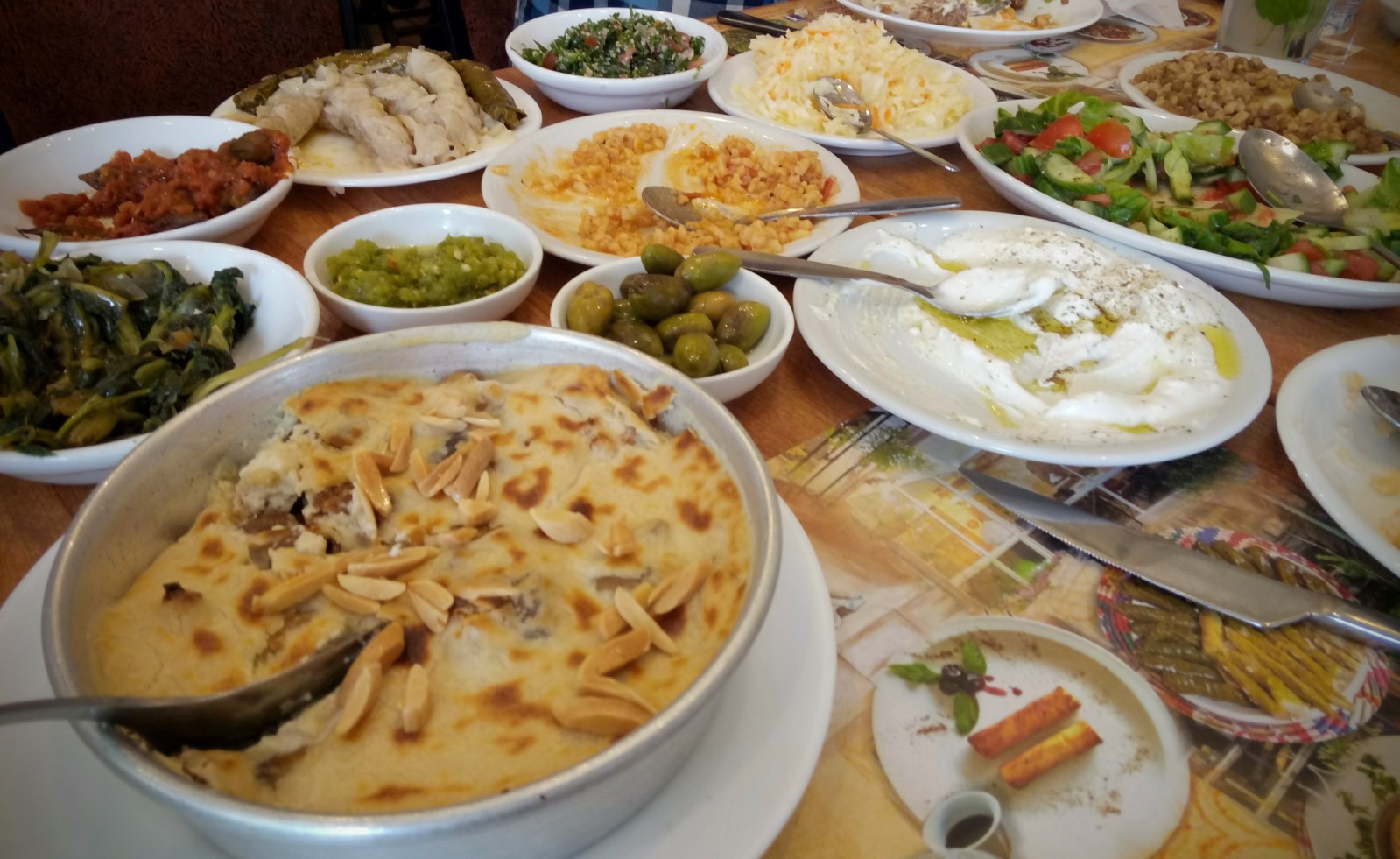 The bounty at El Kheir, Haifa. Photo by Jessica Halfin

This humble family-run casual eatery, located in Haifa’s Carmel Center, brings the lesser-known food of the Druze people to the forefront in Israel’s third largest city–and man, is it good!

Special care and attention by owner El Kheir Halaby, both in the making of the food, which is often slow-cooked, and all homemade, and the above-and-beyond hospitality make it an experience akin to being a guest in someone’s home. “On the house” selections are brought to the table to promote sharing, trying new dishes and celebrating the food — an atmosphere that makes this unassuming place a foodie dining destination.

Pop into Tabun Fatma in the northern village of Zarzir to experience delicious freshly prepared Bedouin dishes. Casseroles of chicken and potatoes cooked slowly in an underground sand fire pit for several hours, and house-baked pitas, accompany flavorful rice casseroles, stews and bright meze salads, and make this authentic gem a joy to visit any time of year for a belly-filling meal in the Galilee. 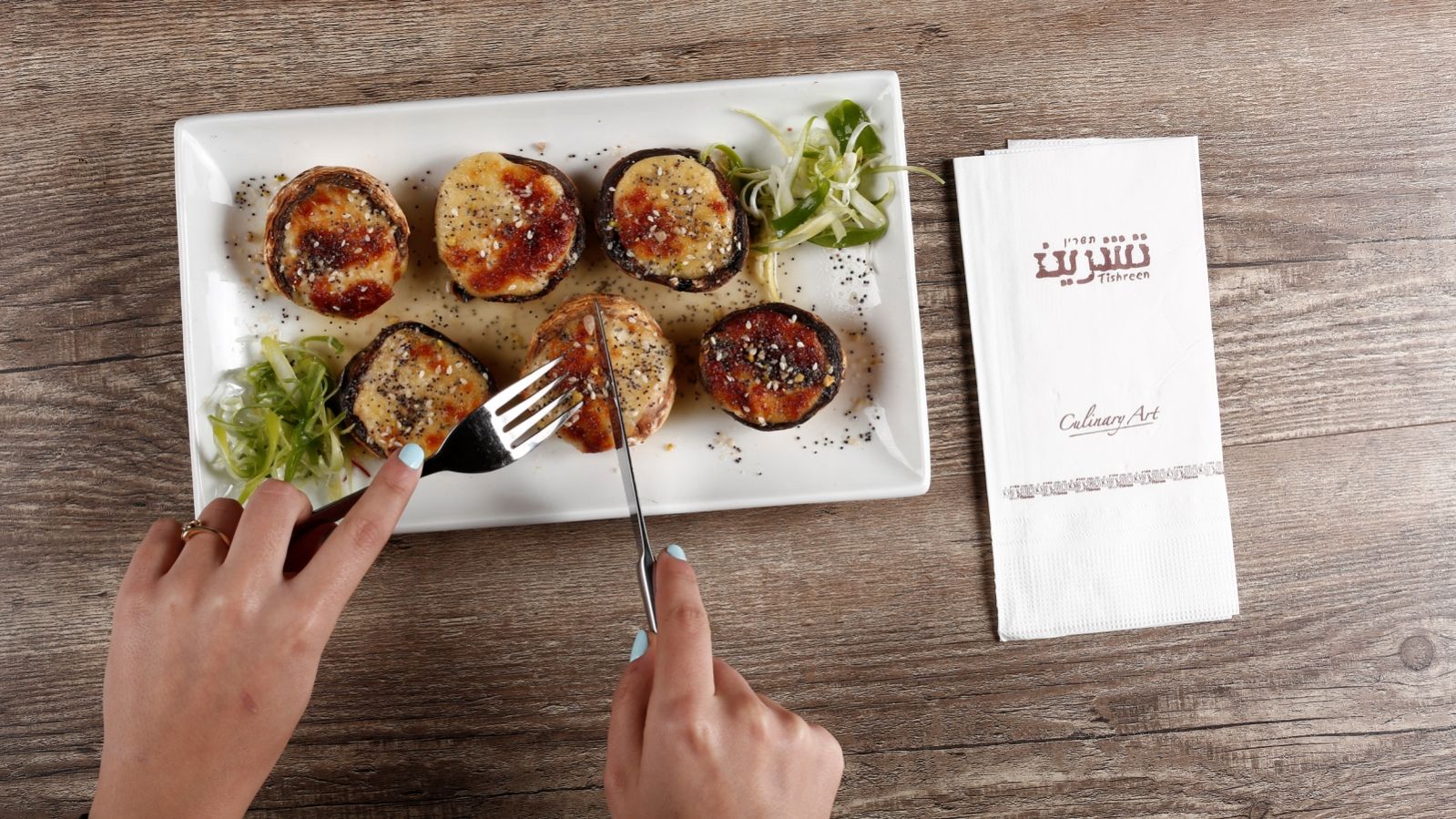 The impressive appetizers include tabbouleh salad served piled high on a plate brimming with fresh herbs, freshly made kubbeh and grilled Arab cheese with cherry tomatoes and black sesame. Equally impressive are mains such as roasted veal chop served with tahini and sumac impress.

Fresh flatbread and scorched eggplants made in the open wood-fired oven spoil guests with well-developed Arab flavors, while European classics such as chicken cordon bleu, and a long list of fine local and international wines and alcohols make this spot deliciously diverse. 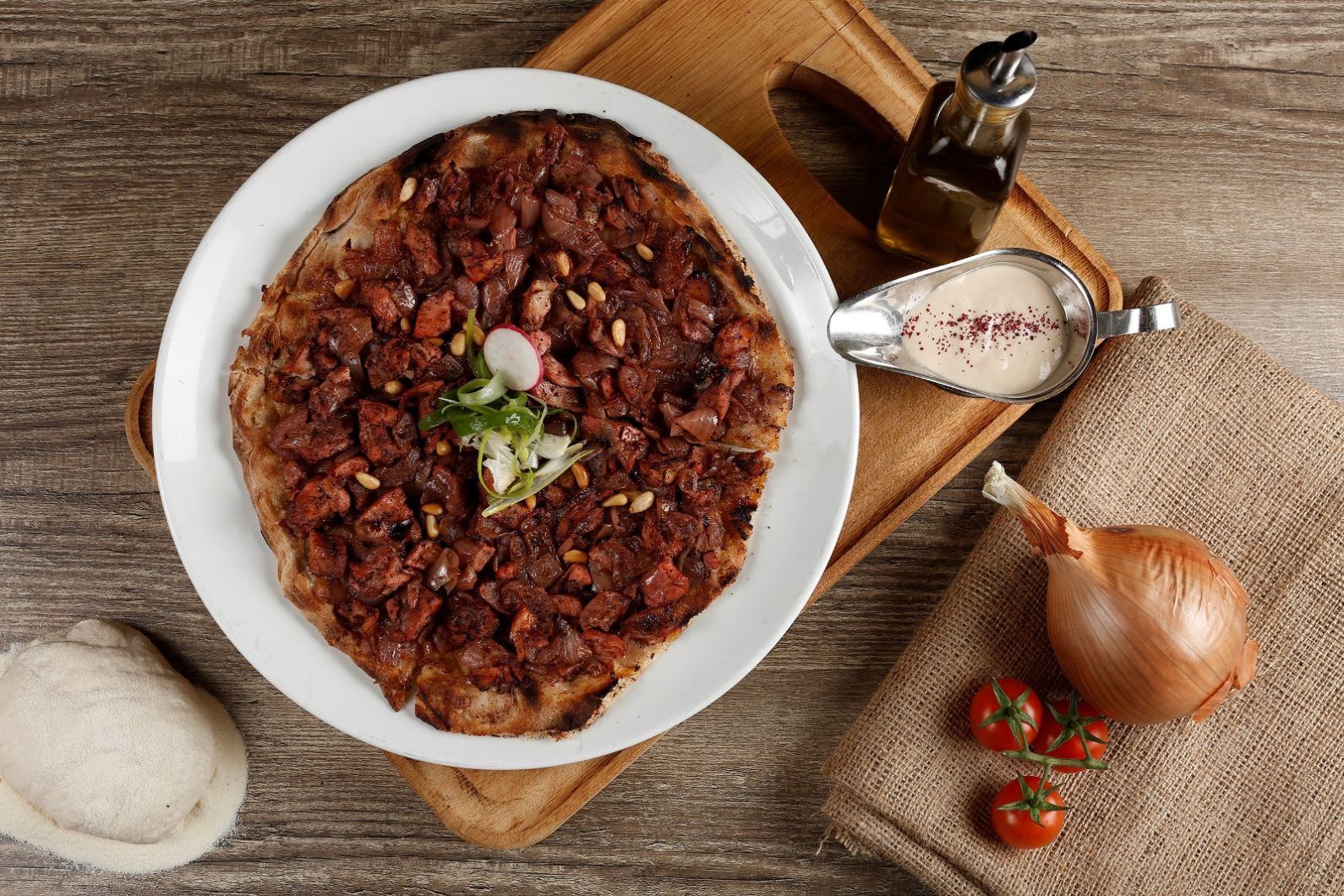 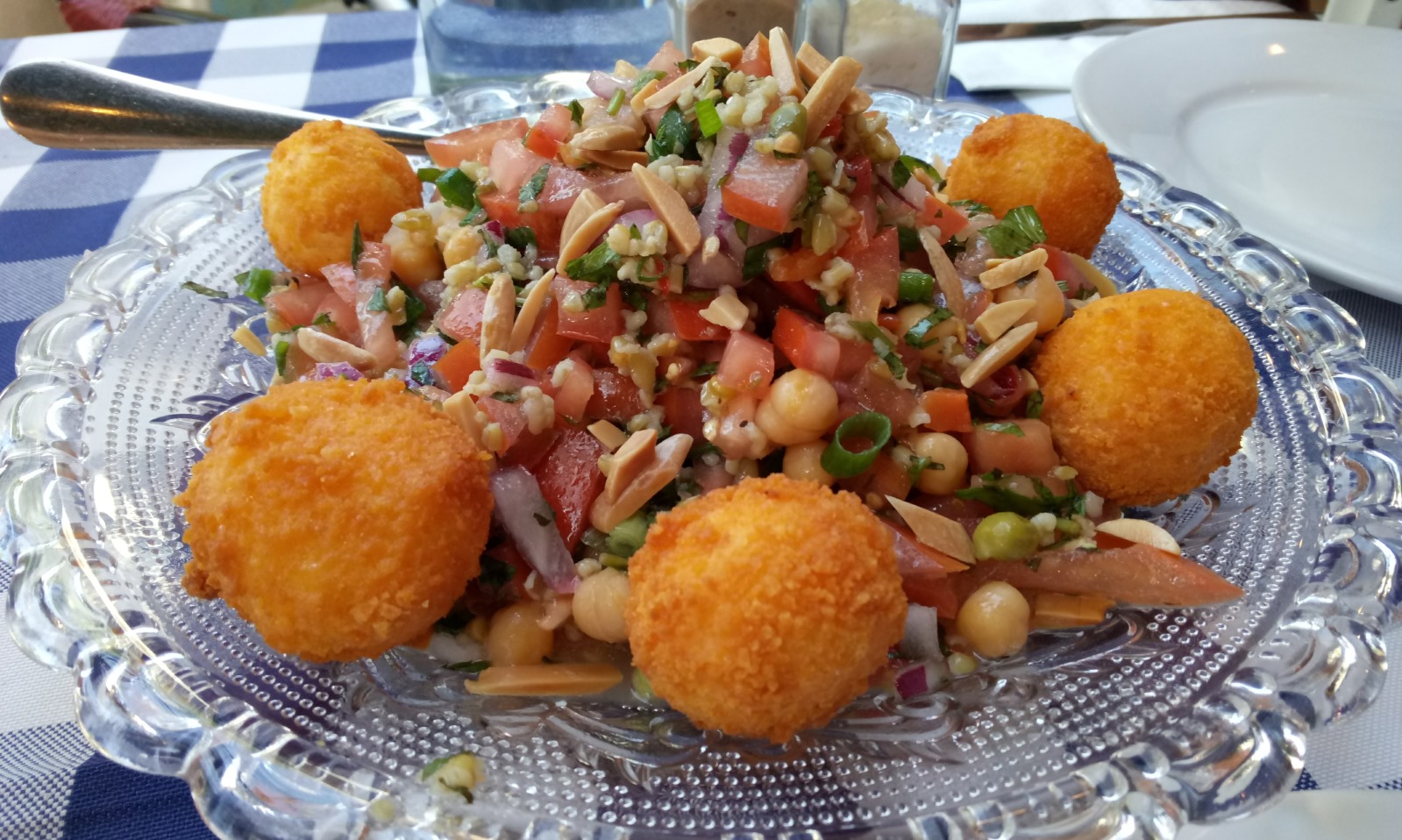 This popular café in Haifa’s German Colony sits on Ben-Gurion Boulevard at the base of the Bahá’í Gardens, and is especially fun to visit in the evening hours, when the Bahá’í shrine is lit up in the hill above.

The café exudes Haifa spirit, with funky decorative Armenian pottery plates, fruit trees and other kitschy tchotchkes, and jarred preserved goods that carry the feeling of home. Carrying a distinctive menu of mostly reinvented light Arab café fare, but also featuring Italian classics such as lasagna and veal carpaccio, Shtroudl is a place to find simple well-done dishes unique to the area. 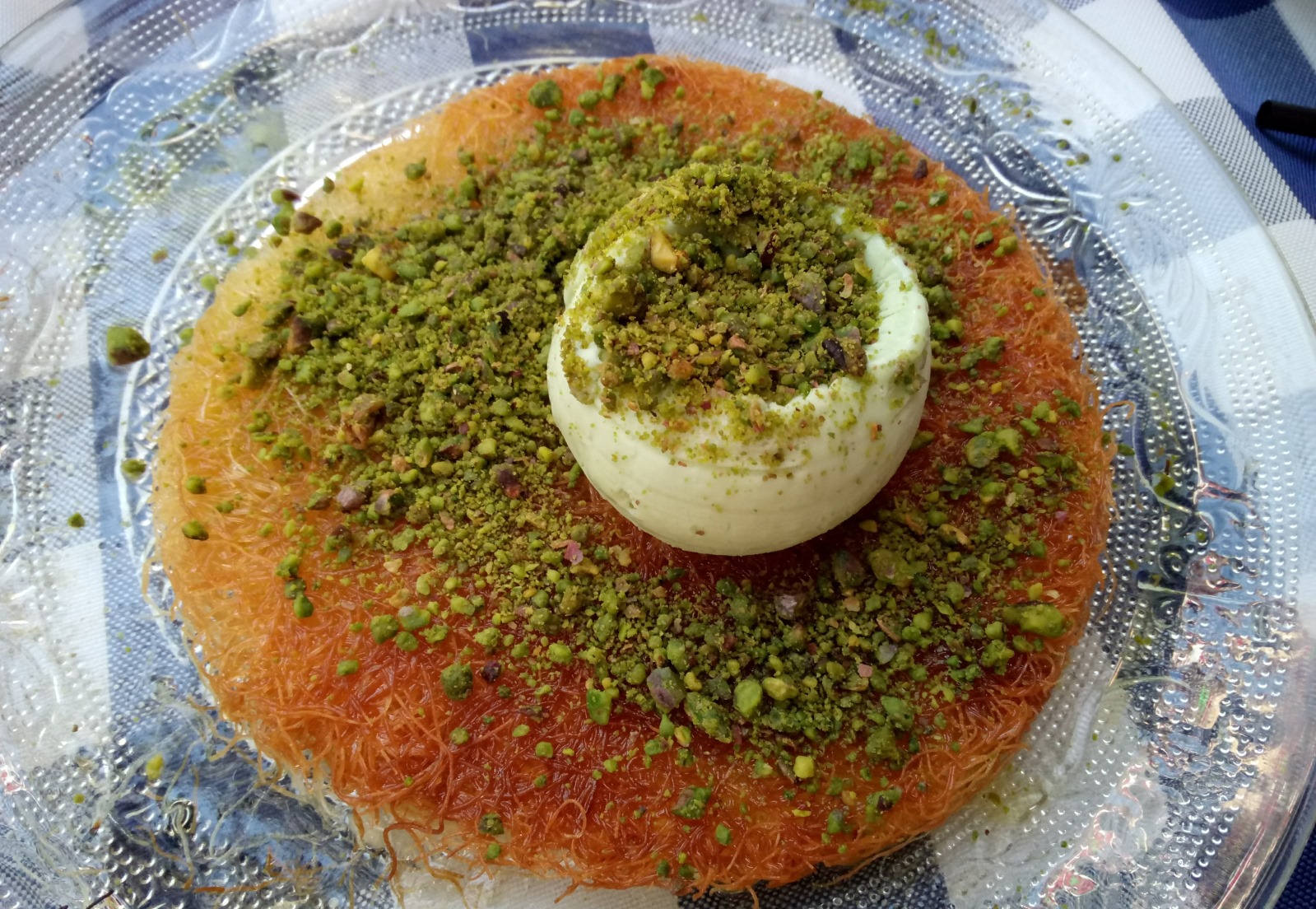 Cheap eats with a 40-year legacy in Jerusalem’s Old City, Abu Shukri is considered among the best of the best in original casual falafel and hummus restaurants. Located along the ancient Jerusalem stone-paved Via Dolorosa in the heart of the Muslim Quarter market, the literal hole-in-the-wall needs no fancy gimmicks to attract Arabs, Jews and tourists alike, who flock to the establishment to sample the restaurant’s authentic fare.